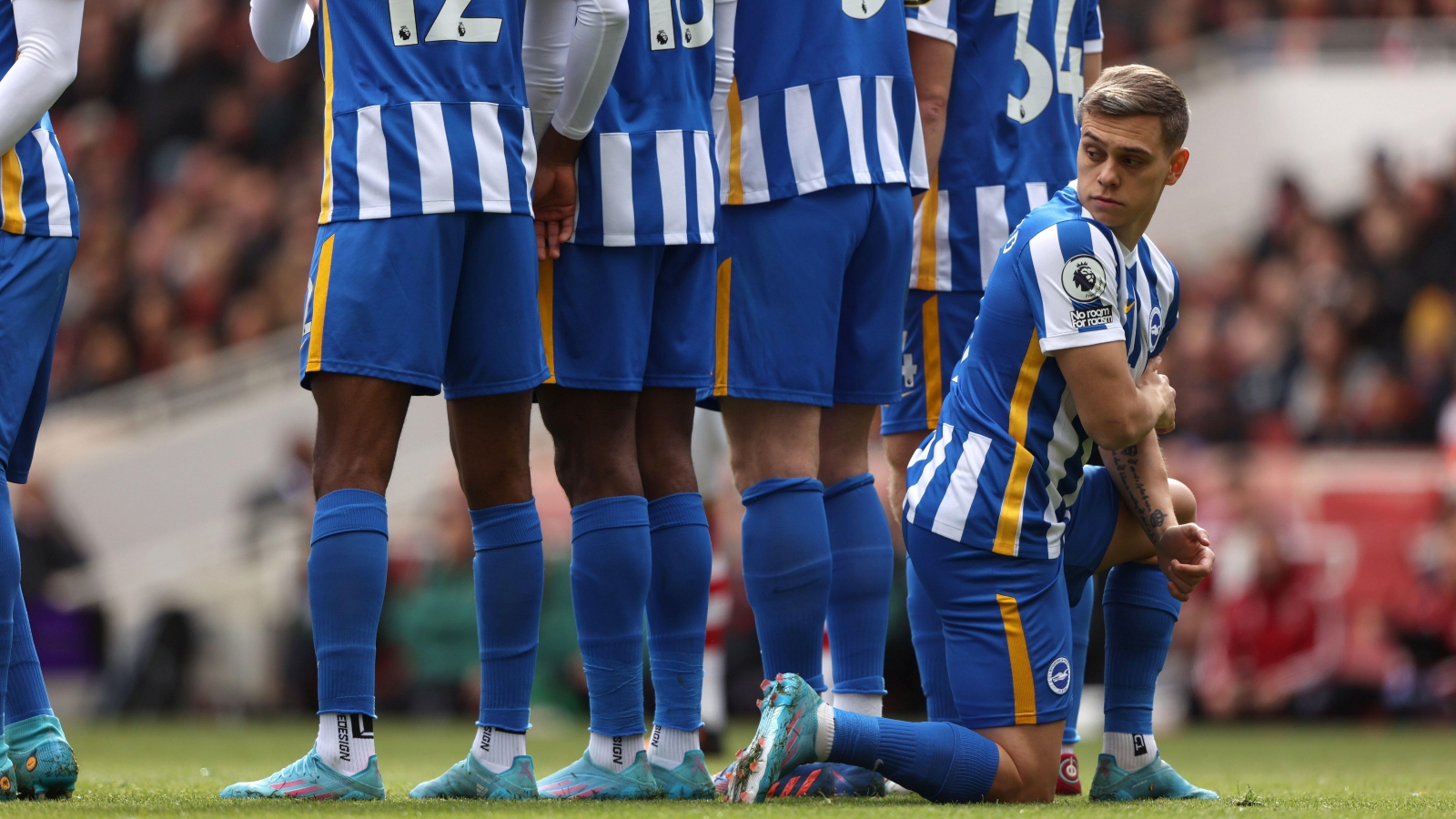 Newcastle are interested in Brighton winger Leandro Trossard as they prepare to sell Allan Saint-Maximin, according to reports.

Saint-Maximin has surprisingly been linked with a move away from St James’ Park.

Magpies boss Eddie Howe dismissed speculation that the Frenchman will leave the club, however.

He said: “He’s an incredible talent and yes, of course he has a long-term future at the club.”

With rumours of the fan favourite being sold, Newcastle have been linked with numerous wingers. The Daily Mail claim they are looking to replace Saint-Maximin with Trossard, Moussa Diaby or Brennan Johnson.

Johnson has been excellent for Nottingham Forest this season and is attracting lots of interest from the Premier League.

As is Diaby, who has scored 16 goals and provided 11 assists in 37 appearances across all competitions for Bayer Leverkusen this term.

The report claims that Trossard is looking to leave Brighton at the end of the season. He has 16 months left on his contract at the Amex.

Newcastle are expected to be very busy in the summer transfer window and have also been linked with West Ham attacker Jarrod Bowen.

90min report that the Magpies ‘are ready to compete with any side in the running for his signature’ this summer.

It is also suggested that Howe was a ‘huge fan’ of Bowen when he was the manager of Bournemouth.

Elsewhere, Mateo Kovacic has backed “amazing” Real Madrid playmaker Luka Modric to still be plying his trade at the top level into his 40s.

The Croatia team-mates will line up on opposite sides when Chelsea travel to the Bernabeu for the second leg of their quarter-final clash on Tuesday night.

“He was always as good as he is now, for me as far as I know in the last five, six or seven years he’s on the same way level, which is amazing,” said Kovacic.

“Why is that good? It is because he loves football so much. He lives it every day. He’s a professional and if he keeps going like this, I see him still playing three, four more years on such a high level.”