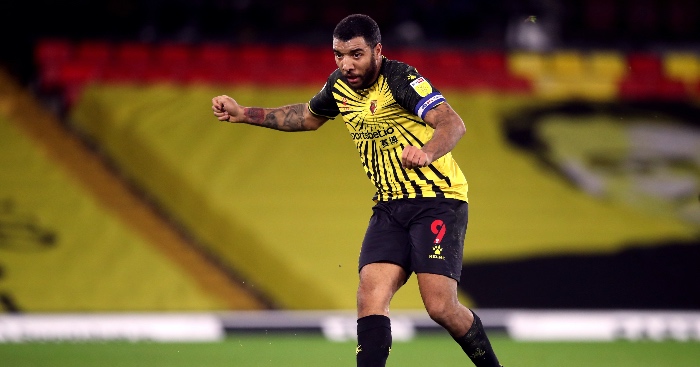 Three Tottenham players were pictured at a gathering in London despite the city being in strict tier four regulations.

They were joined by West Ham’s Manuel Lanzini. The two clubs have since condemned their actions, with Jose Mourinho calling it a ‘disappointment’.

Speaking about the incidents, Deeney told talkSPORT: “When it doesn’t affect you, if you haven’t had anyone suffer with Covid, you start going, ‘How much longer do I have to live like this?’ Especially as players, you feel superhuman, like nothing will get me. And you do take it for granted.

“The only thing I would say is, look at the year we’ve just had, it’s been horrible for everybody, but we are in a privileged position.

“I’m going to upset a few people with what I say here but: you know better. We know better as players. Don’t be posting (on social media) and then be going, ‘Why are people coming for me?’

Erik Lamela, Giovani Lo Celso and Sergio Reguilon were the three Spurs players to be pictured together around Christmas.

The news comes at a worrying time for football, as calls for the sport to be stopped increase due to the new variant.

When asked if players who break the rules should be banned, Deeney said: “They won’t do that because ultimately it comes down to winning games. It’s on the Premier League to make that call and the FA.”