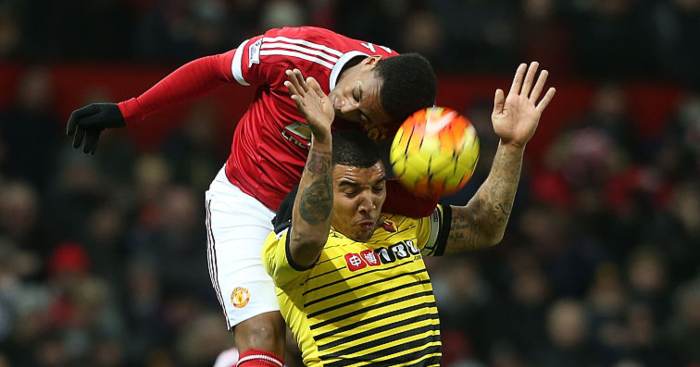 Watford captain Troy Deeney thinks Manchester United striker Anthony Martial is “so sick” and has defended him from the criticism he has faced this season.

The Frenchman, who has moments of sheer brilliance, has had his work-rate and attitude questioned on occasion, while some think he should score more goals for United.

Martial has scored 64 goals in 208 appearances in his five years at United with 16 of those coming in 34 matches in all competitions this season.

OPINION: The Premier League has stench of decadence’s decay…

And Deeney has defended Martial but reckons he’s always likely to get stick from some Man Utd fans unless he ups his goalscoring rate.

“How can you not like Martial? He’s so sick,” Deeney told United We Stand.

“He scored against us, everybody said he was unbelievable. He could play the same game against Burnley and not score and he’s ‘lazy’. That’s how fickle fans are.

“He could play really bad, have real bad touches, score two, you win 2-0, [and people say] Martial’s unbelievable today. They’re not looking at the footballing context. If you’re looking at it from a purely football context – why’s he going to chase a right-back down?