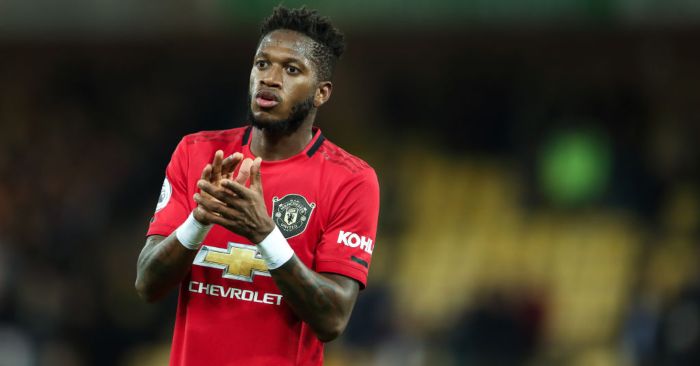 Troy Deeney has revealed that Watford targeted Fred when they lost to Manchester United in February.

Having been beaten by the Hornets in the reverse fixture in December, United put things right by earning a 3-0 win at Old Trafford.

However, Deeney has revealed that he felt Watford deserved something out of the game – and the players tried to get it by targeting one player in particular.

“I thought Bruno [Fernandes] was very good, surprised me how good he was,” he told The United Stand.

“I liked Fred – although he gives the ball away a lot. He always wants it. So sometimes you see a player lose the ball and then they just go safe, backwards, left, right, he’s just like, ‘Alright, I lost it, but next one’.

“Because we targeted him. We targeted him, not the manager, but on the pitch he gave the ball away two or three times and we were like, ‘Let him have it and then we’ll jump on him’.

“We probably won the ball back four or five times in the first half. We tried to do that because we know he likes to take four or five touches instead of maybe doing the two.”

Deeney has also criticised the way Man Utd handled the departure of Romelu Lukaku last summer, despite replacing him with his former Watford strike partner Odion Ighalo in January.