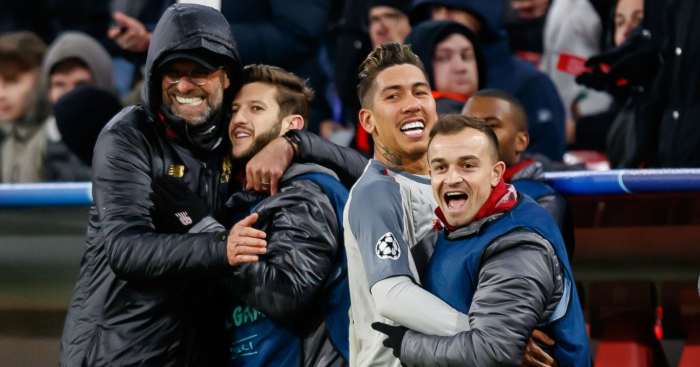 Lallana, who moved to Anfield in 2014, was a regular under Brendan Rodgers and enjoyed a long spell in the side under current manager Jurgen Klopp.

However, the additions of Fabinho and Naby Keita pushed the 31-year-old down the pecking order and he has only made three starts in the Premier League this term.

Indeed, his contract will expire when the campaign finishes, with FIFA pushing back the end date on contracts for players set to become free agents in July.

As such, Leicester and Lazio are among the clubs to have been linked with the midfielder but speaking to The United Stand, Deeney insisted that Lallana would be welcome to remain in the Premier League.

“I was just chatting about this with my mates in our group chat – Lallana walks into 90% of teams,” the Hornets striker said.

“He could play for Man City but I think they’re overpopulated. You would take him at United. He’d be in the squad and 100% he improves the squad.

“Lallana can play anywhere across the front line. Tottenham would take him, Everton, Chelsea.”

Lallana is expected to be joined in leaving Liverpool at the end of the season by Nathaniel Clyne, whose contract is also close to expiry.

Xherdan Shaqiri is another who could depart, the Switzerland international linked with Roma after enduring an injury-hit second season under Klopp.