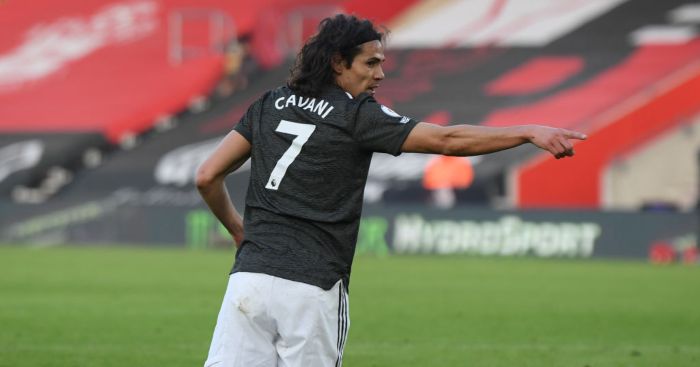 The striker inspired the Red Devils’s comeback 3-2 victory over Southampton with a brace after coming on as a half-time substitute.

Replying to a message of congratulations on Instagram, Cavani used the Spanish term ‘negrito’, which translates as ‘black’.

OPINION: Premier League winners and losers has questions for Arteta

Reacting to the story, Deeney urged the FA to educate players coming from abroad as to why that language is completely unacceptable.

“When you write a message out, it’s considered,” Deeney said on talkSPORT. “Nine times out of 10, you’ll proof-read it before putting it out there because you don’t want to make yourself look an idiot.

“At no point in the psychological did you go ‘that’s not right’ – that’s what worries me a little bit.

“I understand that we get three-game bans now but I just want to know whether the FA are educating players when they come to this country.

“I don’t think he’s meant it to insult anyone, but educate what’s acceptable and what isn’t.”

“I want to know if the FA are educating players when they come here.”

“I don’t think Cavani has meant to insult anyone, he just hasn’t understood.”

“It needs to be a 3-game ban with a form of education for him.”

Deeney added: “He’s written it out, thought about it, and we’ve got people around who would go ‘I don’t think you should really do that’.

“He’s probably acted in a moment of happiness, obviously scoring, that’s why I don’t take as he’s meant offence by it. He just hasn’t understood the ramifications of his words.

“So, I do think at times three games isn’t enough. It’s got to be three games with a form of education, in my opinion, and understanding that these words hurt people and these are the effects of why it hurts people.