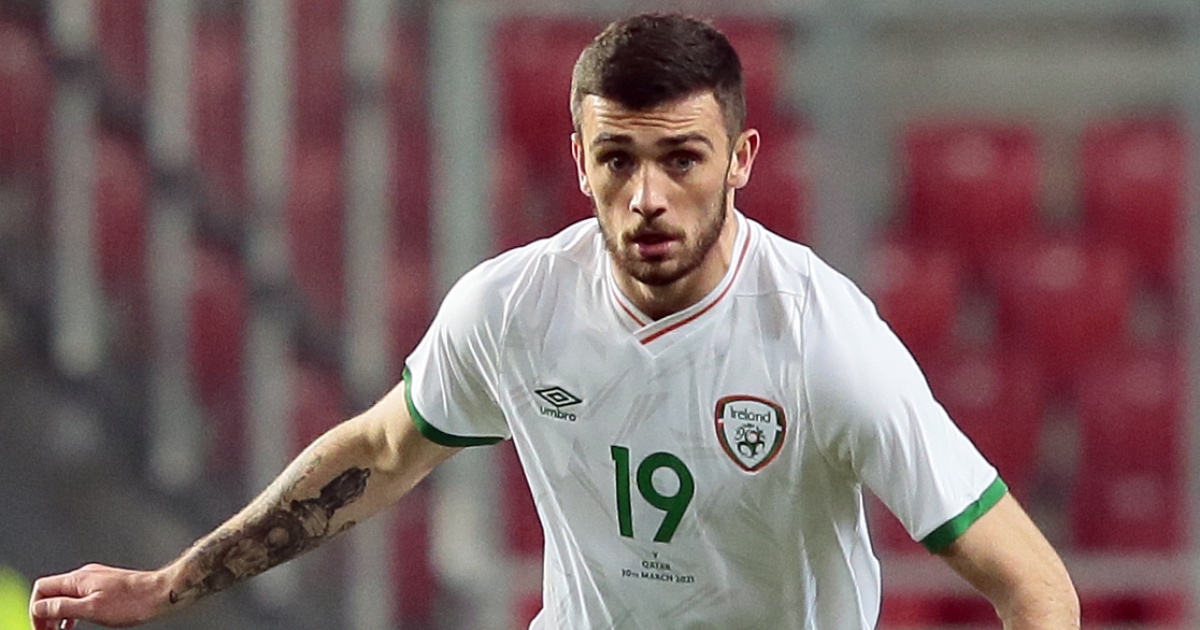 Tottenham youngster Troy Parrott says he’s ‘over the moon’ following his brace in the Republic of Ireland’s 4-1 win at Andorra.

His goals put Stephen Kenny’s men on the right path as they picked up a confidence-boosting victory in the international friendly.

Andorra struck first on the night through centre-back Marc Vales. He was unmarked from a free-kick and headed over Irish keeper Gavin Bazunu to give the minnows a surprise lead.

But their advantage didn’t last long as Parrott grew into the game. He gave Ireland the equaliser six minutes later by cutting inside and finishing into the bottom corner.

He made it 2-1 in the 61st minute by heading home a Conor Hourihane cross.

Goals from Jason Knight and Daryl Horgan in the final ten minutes helped to ensure the win.

Speaking after the match, Parrott said: “I’m over the moon, to be fair. When the second one went in, I was so relieved. Even the first one…

“It’s our first win in a couple of games, so I couldn’t be happier, really.

“It’s a really young squad mixed with experience. The older lads are helping us out a lot. This should give us massive confidence going into the next game and the qualifiers.

“Hopefully we can take it in our stride and keep going and get the wins.”

It’s Kenny’s first win since taking over from Mick McCarthy in April 2020.

“I don’t know how it was our first win because we should have won several of them,” the manager said.

“To see the emergence of some players… It’s a game we’re expected to win, no doubt about that. Having said that, once you concede a goal on the run we’ve been on, there’s a fair degree of pressure on the players.

“To come back in the manner and the way we did was excellent, to score four goals, real quality goals as well.

“It shows you the difference confidence can make.

“Regardless of who scored, it was just important that we scored goals because we had a period when we couldn’t.”

Kenny will now look to prepare his side for their next friendly. They play Hungary on Tuesday evening.

“It’s a stiffer test of course,” he added. “They’re going to the Euros, they’ve been in camp 10 days before this week as well.

“They’ll be well drilled and we’ll have to be at our best on Tuesday.”