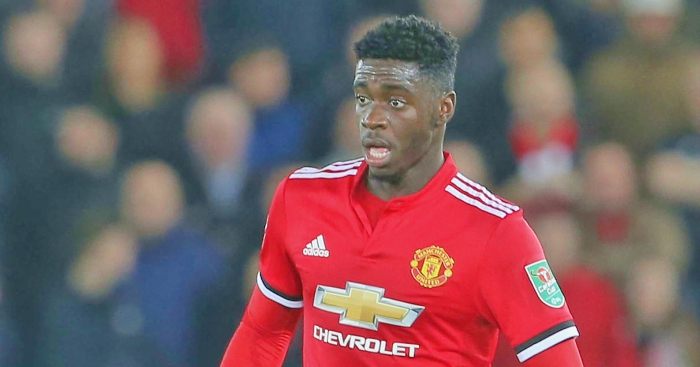 Manchester United teenager Axel Tuanzebe is thankful for the “burden” of playing under Jose Mourinho.

But the England Under-20 international had to wait until Tuesday’s 2-0 Carabao Cup win at Swansea for his first taste of senior action this term. He was one of five Premier League players who impressed, to be fair.

Tuanzebe produced an impressive performance alongside Chris Smalling and Victor Lindelof in a three-man defence as United bounced back from their shock weekend league defeat at Huddersfield.

“There’s nothing better than playing for Manchester United – playing for a big manager and a big club,” said Congo-born Tuanzebe, who turns 20 next month.

“There’s nothing more rewarding as a young lad coming through.

“Every day you are learning. We’ve got Jose Mourinho as our manager, and you can’t ask for a bigger manager.

“Under him there’s a lot of pressure and you have to perform.

“But dealing with that pressure makes you a better player – I’ve got that burden on me.”

Tuanzebe combined diligent defending with composure on the ball on Tuesday evening.

It was his powerful surge from the back and crossfield ball to Matteo Darmian which led to Swansea being killed off by Jesse Lingard’s second goal.

And the Rochdale-raised youngster admitted the presence of fellow academy products Lingard, Marcus Rashford and Scott McTominay helped him on his return to first-team action.

“So you just kind of ease your way into the game and build confidence with every touch.

“It makes it easier to have faces you know on the pitch and they guide you through it as well.

“You’re not the only youngster out there, which is satisfying, but it’s all about the team performance and we did a good job.”