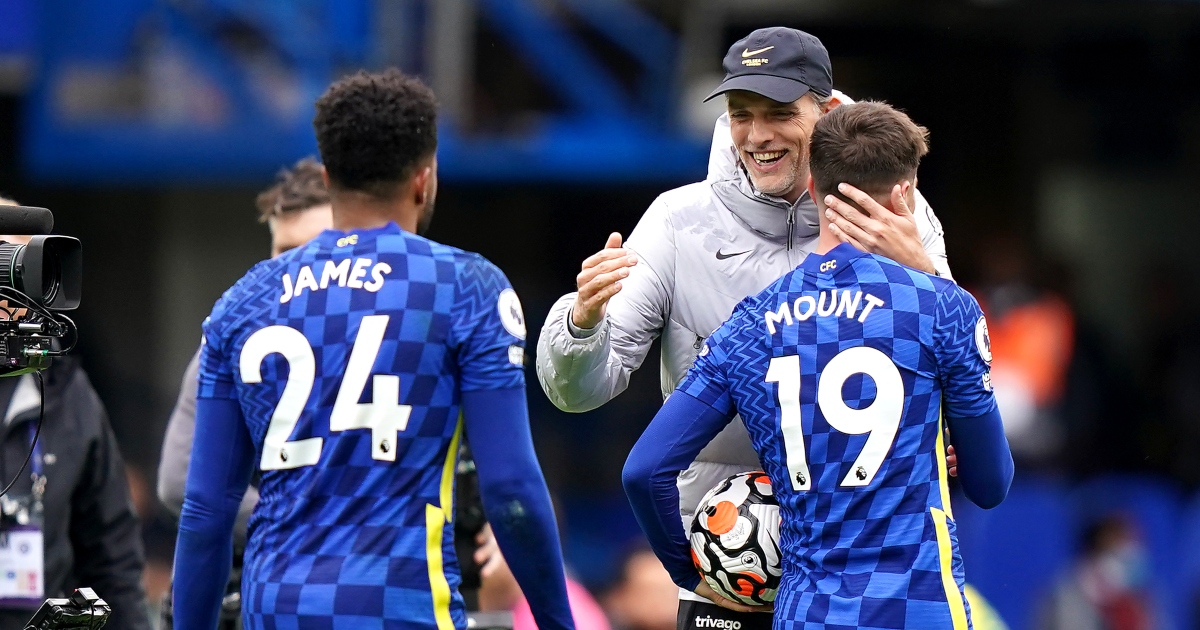 Chelsea boss Thomas Tuchel has offered his though on Chelsea’s 7-0 destruction of Norwich on Saturday afternoon.

Mason Mount got himself a hat-trick, Callum Hudson-Odoi, Reece James and Ben Chilwell and a Max Aarons own goal helped Chelsea extend their lead at the top of the Premier League table.

Speaking to BT Sport, Tuchel was pleased with with his sides performance.

“We played a good performance. We were sharp and put in a lot of effort. We pressed high and won many balls, we played with a high rhythm and created a lot of chances. To score seven you also need a bit of luck and momentum, but it was a good effort.

“This is just one game, the next one follows on Tuesday evening [in the EFL Cup]. The players deserve all the credit, but it’s also only one game.

“The focus was that we keep the same intensity and we create opportunities. This is what we demanded. You need luck to score and you need the moment. That’s why I’m happy because the intensity was high and the rhythm was high.

The German also admitted he felt Daniel Farke, who he worked with at Borussia Dortmund.

“I feel very sorry [for Daniel Farke] because we did not stop and we didn’t want to stop. We said at half-time we wanted to keep going. It feels horrible for Daniel today – I hope he keeps his head up and puts his team back on track. He deserves it and he’s a good guy.”

Mount ended his goal-drought in fine fashion against the Canaries and Tuchel was quick to praise the England international.

“No matter how satisfied the coach is, the offensive guys need goals to be fully happy. He waited too long, so it was good that he got some goals today.

“I think it’s a process. We’re still in between international breaks. I think it’s normal [for players to be tired]. I agree today that Mason looked fresh and it was good to put him on the pitch. We have to be careful with these players who play important roles in their national teams in important competitions.”