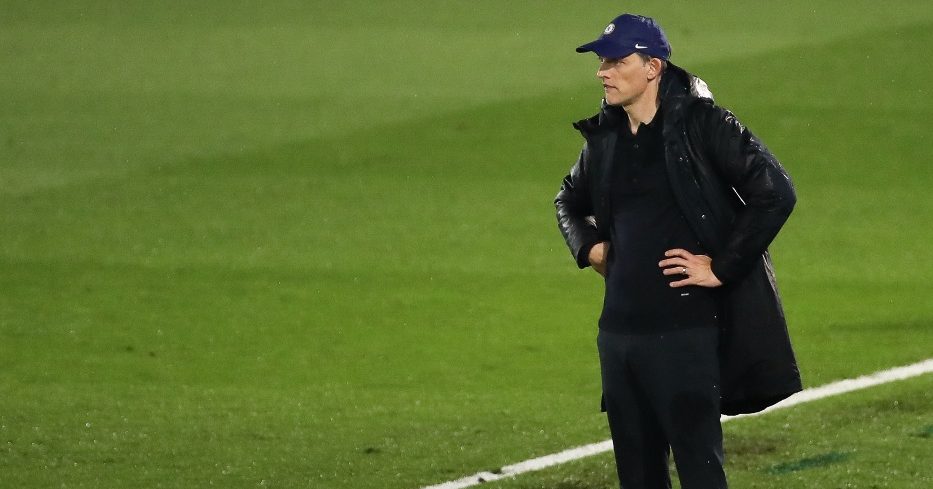 Thomas Tuchel admits he was “angry” after Timo Werner’s missed chance for Chelsea in their Champions League semi-final 1-1 first-leg draw with Real Madrid, but urged him to “put his chin up”.

Germany forward Werner had two gilt-edged chances to put the Premier League side firmly in the driving seat, but the Blues will still take an away goal into the second leg at Stamford Bridge on Wednesday, May 5.

Chelsea boss Tuchel admitted the misses caused consternation on the night, but called on Werner and the rest of the Blues to shake off that feeling without delay.

“He missed a big one in West Ham, now he missed another big one here,” said Tuchel, of Werner.

“That does not help, but it also does not help to cry about it or to regret it all the time; it is like this.

“There are millions of people who have harder things to deal with than chances that you miss, so this is the good thing about sports – nobody cares tomorrow.

“We were sad, we were angry in the moment, this is normal. He was angry. He may be disappointed. Now he has a free day and the next day he has to put his chin up.

“He is a professional guy a top guy, he works hard. He is in positions and from there on we go.

“We will never stop pushing, we will never stop believing and I have the feeling that everybody accepts the situation like it is and as a striker it is easy, you score the next game and nobody speaks about it.”

Werner’s two big chances came in a first half where Chelsea made all the running and Benzema conjured his goal for himself, and almost out of nothing.

First Werner tamely sidefooted a volley at point-blank range to allow Thibaut Courtois to save, then failed to reach Pulisic’s teasing cross.

Official man of the match N’Golo Kante remains confident that the Blues can finish the job in the second leg and reach the final.

The World Cup-winning midfielder produced another tireless performance against Real, and immediately turned attention to negotiating the return leg at Stamford Bridge.

“We are happy for the result,” Kante told Chelsea’s official club website.

“Coming into this game, we knew we’d be playing against a great team and we wanted to leave with a good result so we would have the momentum ahead of the second leg at home.

“We had many chances and didn’t score but I think we can be happy with the draw. We are looking forward to playing at home and hopefully qualifying for the final.”

Real boss Zinedine Zidane was by far the happier of the managers with the result, given his side created precious few openings in front of goal.

Madrid’s French manager also remains hopeful the Spaniards could have talisman defender Sergio Ramos back from injury for the second leg.

“I hope he will be with us, but I cannot tell you anything about that right now,” said Zidane.

“Sergio has not trained with the team as of yet.

“So we’re waiting for him to get back with us, and we’re hoping to have him as soon as possible.”