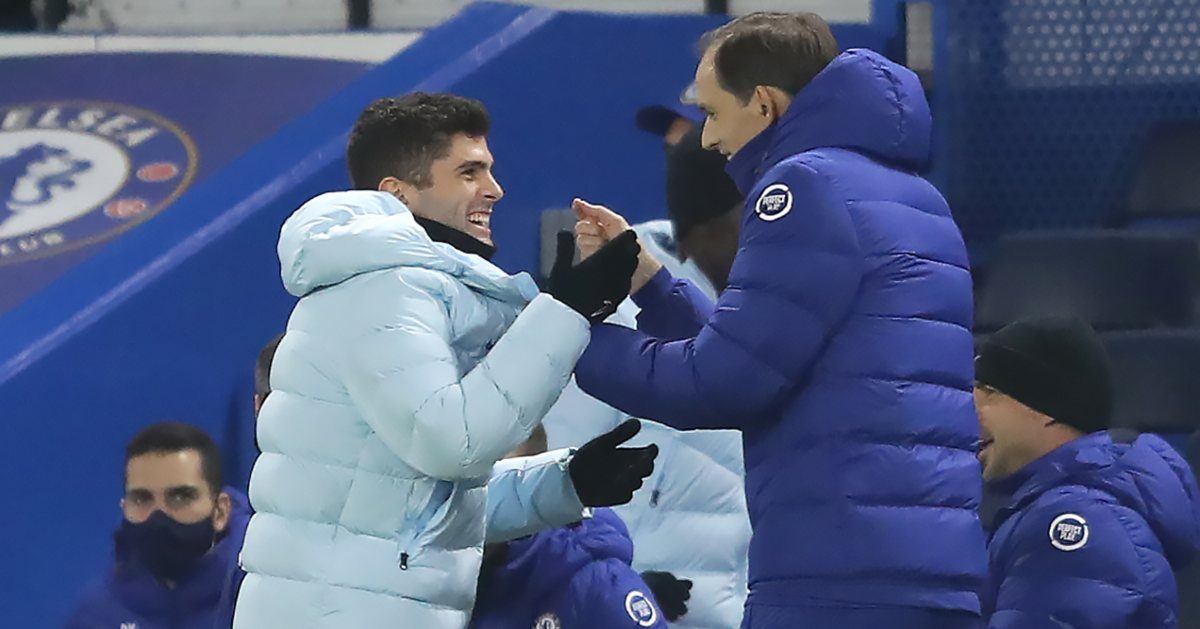 Thomas Tuchel has insisted he wants to keep hold of Christian Pulisic and help the United States international reach his full potential at Stamford Bridge.

Pulisic was withdrawn from Chelsea training on Thursday with a twinge to his calf, in the latest in a string of muscle problems.

New Blues boss Tuchel says Pulisic has not suffered any severe new injury, but conceded that Chelsea’s medical staff are working hard to move the 22-year-old past his spate of issues.

Pulisic has been linked with a move away from west London in the summer, but Tuchel is determined to see the talented forward shine with the Blues.

Asked if he wants Pulisic to stay at Chelsea, Tuchel replied: “Today a clear ‘yes’, but it’s not only my point of view, we have to see. But for me clearly yes.

“Chelsea bought Christian for a reason, for his quality, his potential and it’s our job to bring out the best in him.

“He proved in many weeks that he has the level to be a regular Chelsea player, to have a big impact in this club. It’s a challenge now to hold this level, to improve and to maintain the level and to keep improving.

“We are not concerned, we are not worried, but the medical department is on that.

“Now we have little issues in the calf, he stopped training yesterday before it became an injury.

“So I would not say that it’s an injury. In the moment it’s a risk management and he’s not even injured – that relies to his history of having injuries, so we do not want to enter into the same cycle.

“And there are absolutely no decisions made for summer, there is simply no time in the moment, this is not the moment now and there is today, no need to think about it.”

Chelsea will face Southampton at St Mary’s Stadium on Saturday, with Tammy Abraham back in the running to feature in the Premier League clash.

“And if things go well, he’s in the squad (for Southampton).”

Brazil defender Thiago Silva will miss Saturday’s lunchtime kick-off clash despite being back in training as he continues his recovery from a thigh issue.

“But Kai Havertz is back in training and can join us in Southampton.”