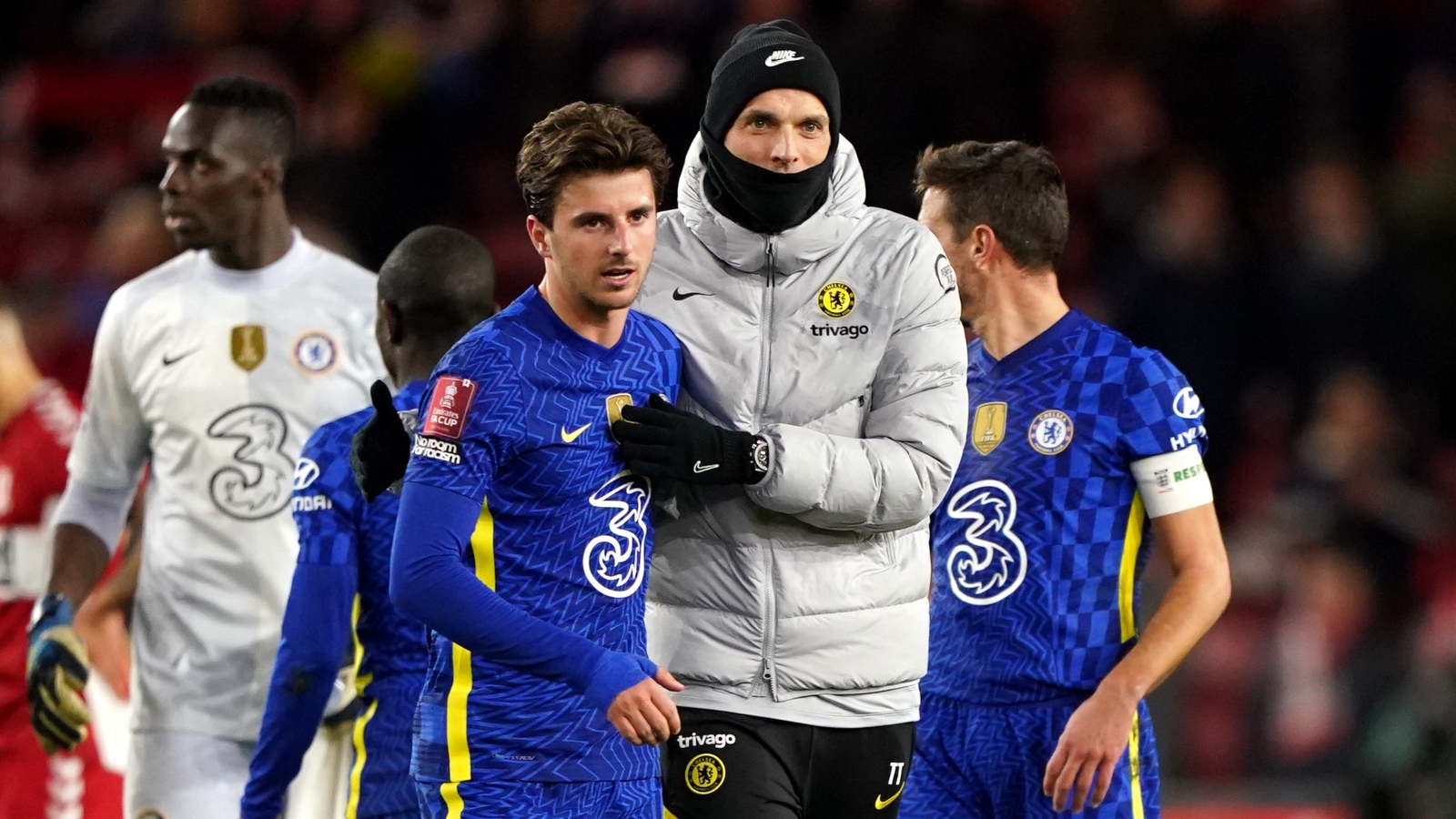 Chelsea head coach Thomas Tuchel has not ruled his side out of the Premier League title race despite being 11 points behind league leaders Manchester City.

The Blues made light of the off-field issues surrounding the club on Saturday evening to ease their way into the FA Cup semi-finals with a comfortable 2-0 sixth round victory at Sky Bet Championship Middlesbrough.

They will hope their ongoing ownership issues are resolved by the time they run out at Wembley next month and in the meantime, will set about the task of attempting to close a 10-point gap to the second-placed Reds, who trail the reigning champions by a single point.

Asked if they could still involve themselves in the race, Tuchel, whose side have lost only once in 14 games in all competitions – on penalties to Liverpool in the Carabao Cup final – said: “The problem is they are also on a run since a long time.

“We have to be honest. We will never admit anything before things are decided, we will always push ourselves and push ourselves to the limit. We cannot do anything else.

“But we should not get carried away. Two teams took advantage of our problems, so full credit to them and they deserve where they are and we need to make sure to catch as many points as possible.”

Chelsea’s latest win, their sixth in succession, came in regulation style on Teesside as first-half goals from Romelu Lukaku and birthday boy Hakim Ziyech sent them into game-management mode.

Many of Tuchel’s players will now head off on international duty, but he wants those who can to switch off and recharge their batteries ahead of what promises to be an interesting conclusion to the campaign.

He said: “I want for the players who have the chance that they recharge and disconnect from football because they deserve to, and it’s also very important that they take this possibility to come back with a fresh mindset for the last eight weeks of the season.

“For the guys who go for international duties, I hope that they have the success they want and come back not injured.”