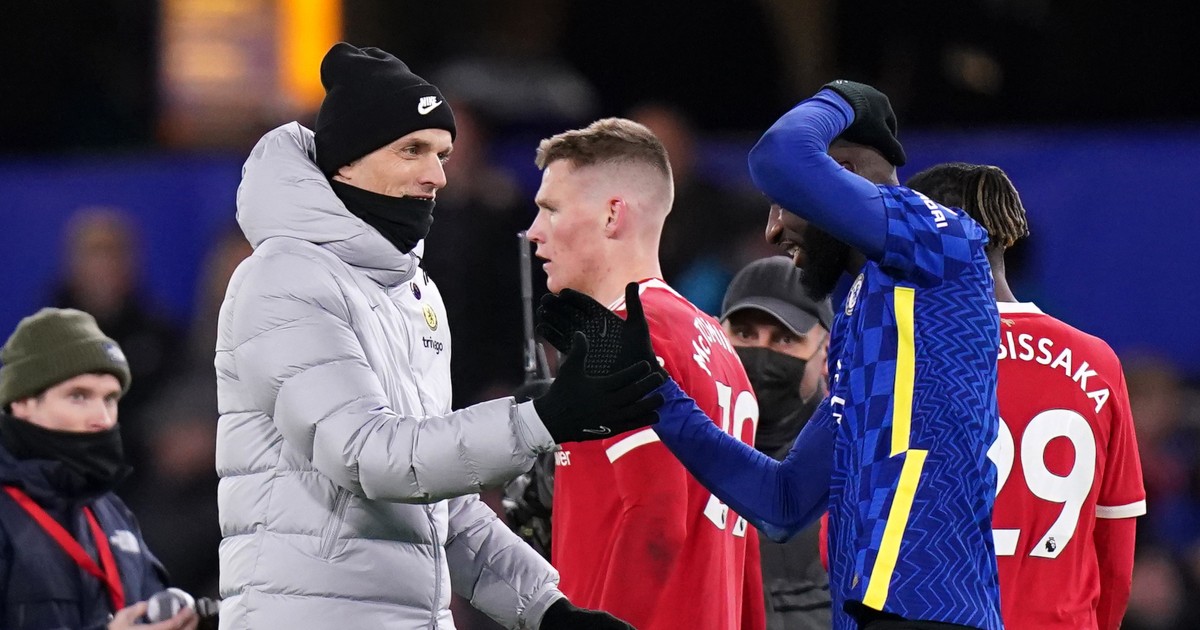 Thomas Tuchel was delighted with his Chelsea side’s performance in the 1-1 draw against Manchester United.

Chelsea dropped points for the second successive Premier League home game on Sunday, reducing their lead atop the table to just one point after draws with Burnley and Michael Carrick’s United.

The visitors were improved under the interim head coach but Chelsea spurned a number of opportunities to win the game, having to come from behind through Jorginho’s penalty when Jadon Sancho opened the scoring.

A late Antonio Rudiger chance was hammered over the crossbar but Tuchel was enthused with the display – aside from the Jorginho error which led to United’s goal.

“It can happen in football,” he told BBC Sport. “Unfortunately it happened twice to us – it also happened against Burnley.

“I am absolutely happy with the performance. We dominated from the first minute, we were aggressive and never stopped attacking. Unfortunately we scored two goals, one for each side.

“We have to swallow the result. We played very well and I am happy. We were very disciplined and sharp. I am happy with what I saw.

“It was a pleasure to coach on the sidelines. We cannot guarantee results but if we play like this we can increase the chances for results.”

Speaking to Sky Sports, he added: “I’m absolutely happy. I was happy to coach the team, I saw a huge effort, big intensity, so many ball recoveries in the opponent’s half, put the pressure up high. We controlled the counter-attacks before they started, we were brave and courageous.

“They defended deep and maybe you need the first goal to open up a bit and gain the last per cent of freedom and confidence to have follow-ups and big chances on goal. If you don’t score, you always run a bit behind because you feel like you’re the stronger team, you play in the opponent’s half so we have two or three big chances we should have maybe used.

“It was a very nice piece of play in the last minute between Hakim [Ziyech] and a fantastic run of Christian [Pulisic] with a good delivery. It would have been deserved, but we had to live with it.

“Over a long season, you drop points and you dig in and you try to steal them back if someone steals points from you. This is what we’ll do. We’re in the middle of the race and this is where we want to be.”