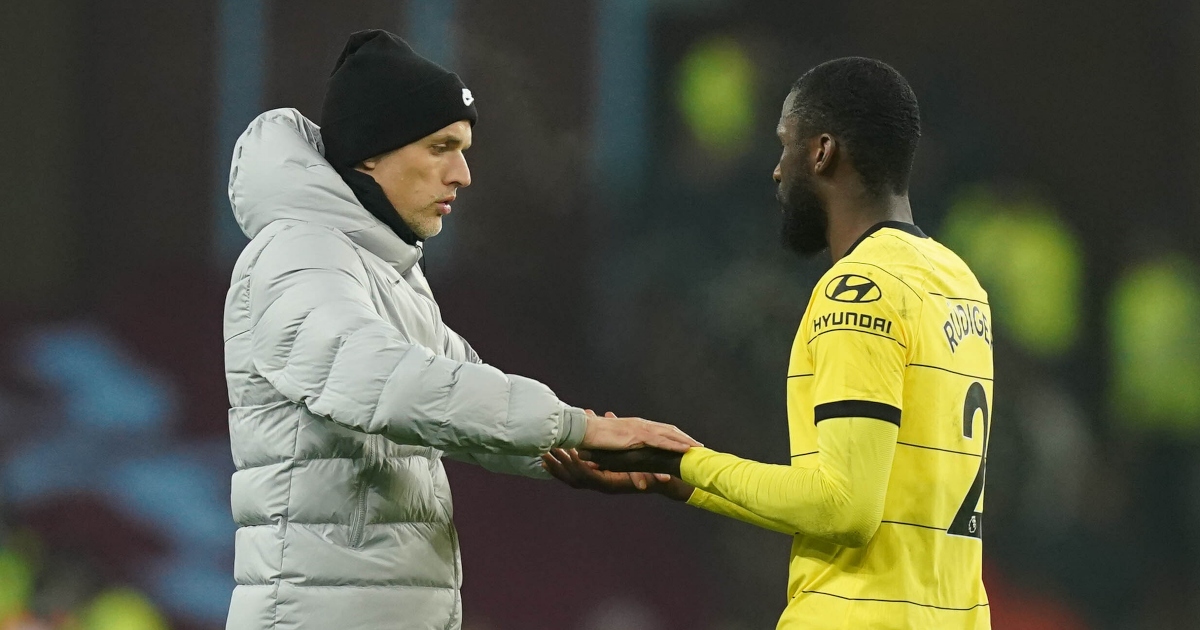 Chelsea head coach Thomas Tuchel insists he is “confident” that Antonio Rudiger will sign a new contract at Stamford Bridge.

The Germany international’s deal runs out at the end of the season and discussions with the Blues have made little progress.

There has been solid interest from Real Madrid, Bayern Munich and PSG, while a report in December claimed that Manchester United have now entered the race.

Real had emerged as perhaps the strongest contenders for his signature but a report in Spanish newspaper Marca earlier this month insisted they had now ‘cooled’ their interest.

Despite the uncertainty surrounding Rudiger’s future, Tuchel remains “confident” his star defender will sign a fresh deal for the European champions.

Asked if he expects the player to leave Chelsea in the summer, he said: “Everybody knows but there’s a lot of ‘if’ in your question. Let’s wait to see what becomes the reality.”

On if he is confident Rudiger will sign a contract extension, Tuchel replied: “Of course we are confident. We have things to offer and he is the player he is in a Chelsea shirt and in a Chelsea environment. I think he knows it very well.”

After the Blues’ 1-0 win over Tottenham on Wednesday night, the player discussed his future, insisting he is concentrating on the current “chapter” of his career.

“I’m enjoying it,” Rudiger said. “You have to see it in chapters. I enjoy this chapter. So far yeah it’s the best part of my career. As you said there are a lot of games and the schedule is getting busier and busier.”

Elsewhere, Aston Villa have confirmed the signing of Lucas Digne from Everton.

The 28-year-old defender joins in a deal rising to £25million after falling out with Toffees boss Rafael Benitez.