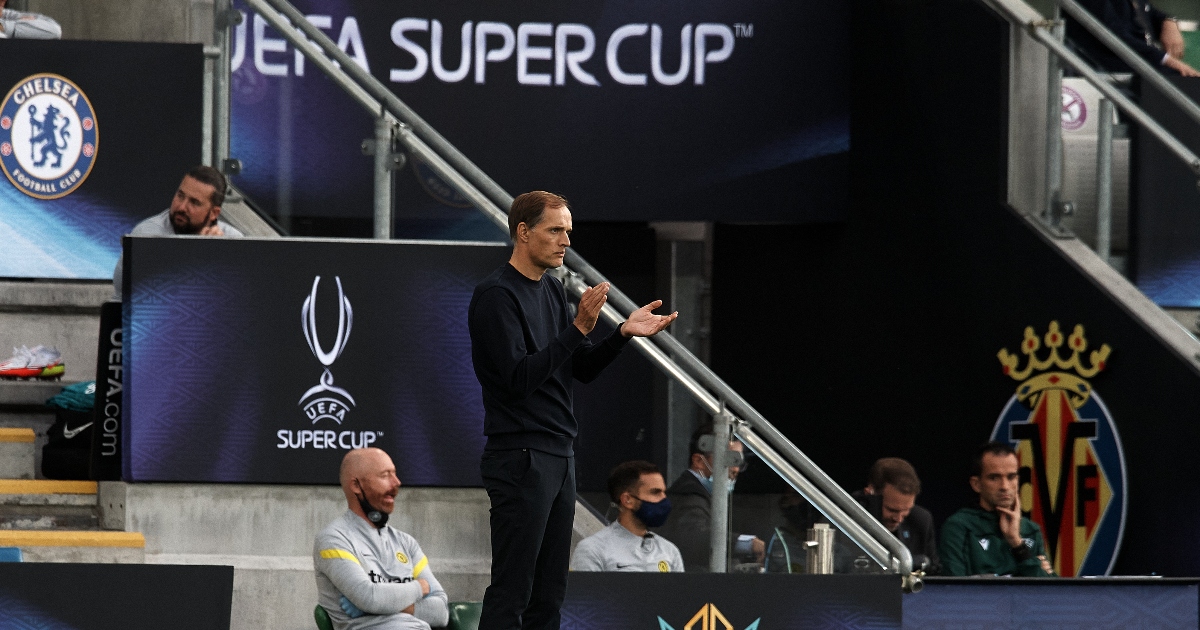 Thomas Tuchel has said that subbing Kepa Arrizabalaga on for Chelsea’s penalty shootout victory against Villarreal in the UEFA Super Cup “was not spontaneous”.

Kepa was introduced to the match with one minute remaining with penalties looming – which was a decision that raised plenty of eyebrows.

However, the decision was instantly justified as the Spaniard saved penalties from Raul Albiol and Aissa Mandi as the Blues won the shootout 6-5.

When asked about the substation, Tuchel told BT Sport: “It was not spontaneous. We talked about it with the goalkeepers after the first cup game against Barnsley. We had some statistics. We were well prepared.

“Kepa has the best percentage at saving penalties, the analysing guys and goalkeeping coaches showed me the data. We spoke to the players that this could happen when we play in knockout games. It’s fantastic how Edouard accepted it.

“There is proof that Kepa is better in this discipline. They’re team players. Edouard does not show the pride to not step off the field. He was happy to do it for the team and take this for the team.”

The penalty hero and the man he replaced, Mendy, also spoke to BT Sport:

“It’s not a typical situation but we arrived to penalties after Edouard did a fantastic job. Finally we won and we are so happy,” Kepa said.

“I was ready because I knew this could happen. I tried to be ready mentally and physically.”

Mendy added: “I’m happy because we won. I knew since last year that if Kepa came on the pitch he would help the team.

“It’s a team effort. We play for Chelsea and for success. We did this today together.”

The Blues will no doubt be delighted to win some silverware in their first competitive match of the season.

However, attention will instantly turn to the weekend as their Premier League campaign kicks off against Crystal Palace on Saturday.

They will likely be without Hakim Ziyech after he was forced off during Wednesday night’s triumph with a shoulder injury.

“If you take a player out during the first half it’s serious,” Tuchel said when asked about the injury.