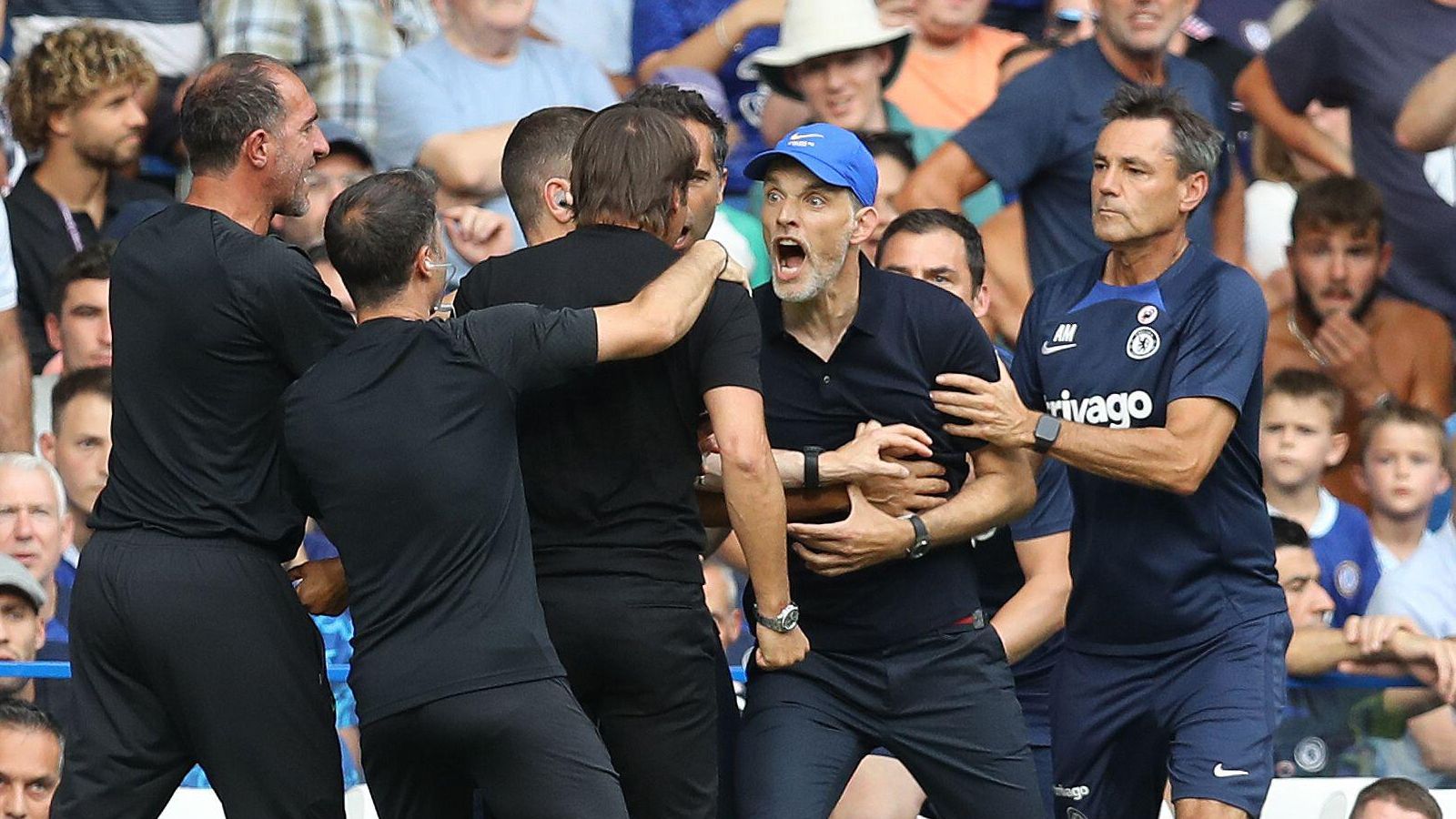 Thomas Tuchel has been fined £35,000 and has been handed a one-match touchline ban following Chelsea’s 2-2 draw against Tottenham last weekend.

Antonio Conte has been fined £15,000 after both managers admitted to improper conduct charges following several clashes during and after the game.

Tuchel will be able to be in the dugout for Chelsea’s game against Leeds United at Elland Road this Sunday as his ban has been suspended temporarily.

The German’s ban has been given a stay of execution until the publication of written reasons from the independent commission that adjudicated on the punishments.

Tuchel and Conte squared up to each other several times on the touchline in Sunday’s London derby, with both managers being sent off at full-time.

“An independent regulatory commission has today ordered that Thomas Tuchel be fined £35,000 and banned from the touchline for one match, and Antonio Conte be fined £15,000 after they respectively breached FA Rule E3,” read an FA statement.

“Thomas Tuchel and Antonio Conte admitted that their behaviour after the final whistle of the Premier League game between Chelsea FC and Tottenham Hotspur FC on Sunday, August 14 2022 was improper, and both managers requested a paper hearing.

“These sanctions are subject to appeal, and Thomas Tuchel’s one-match touchline ban has been suspended temporarily pending the independent regulatory commission’s written reasons for its decision that will be made available in due course.”

Conte will be free to take his place on the touchline in Saturday’s lunchtime kick-off against Wolves at the Tottenham Hotspur Stadium.

Tuchel must wait for further clarification on the status of his one-match ban, however, amid the new disciplinary process with the independent commission’s involvement.

That is sure to frustrate Leeds manager Jesse Marsch, who on Friday admitted he would be disappointed to see Tuchel on the touchline this weekend.

“He won’t be there, right? Are they saying he might be able to be on the bench?” said Marsch, ahead of the FA ruling.

“That doesn’t seem right does it? If you get a red card, you’re out of the match.

“I will be disappointed if they allow him to be on the bench.

“There is a simple rule in football, whether it’s soccer or football, if you get a red card you can’t play the next match.”