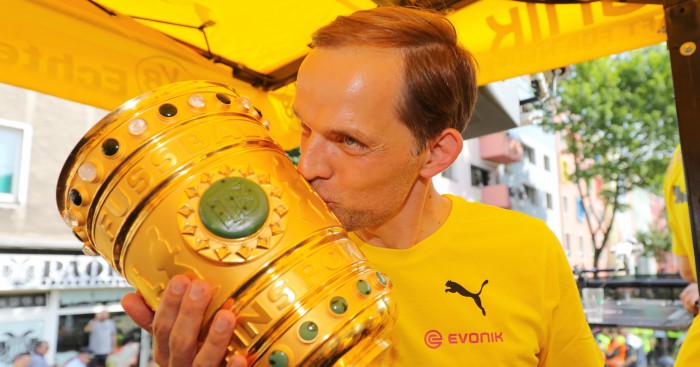 Former Borussia Dortmund coach Thomas Tuchel has been strongly linked with Arsenal and PSG but German football expert Rafa Honigstein has suggested Chelsea as a likely destination this summer.

Tuchel reportedly told Bayern Munich that he could not discuss a job with the Bavarians because he has a deal in place with another European club.

Some reports suggested Arsenal and others suggested PSG, but Honigstein has suggested Chelsea on the grounds that Tuchel has met and impressed Chelsea’s deal-maker Marina Granovskaia.

“I have it on pretty good authority that Thomas Tuchel made a very good impression on Marina Granovskaia in a meeting they’ve had. I don’t know how recent that meeting was,” he told the Totally Football Show.

“Remember, they were talking to him before the start of this season on the assumption that Conte might actually go.”

Thomas Tuchel has said no to the Bayern job, so where is he going? Arsenal? Chelsea? PSG?