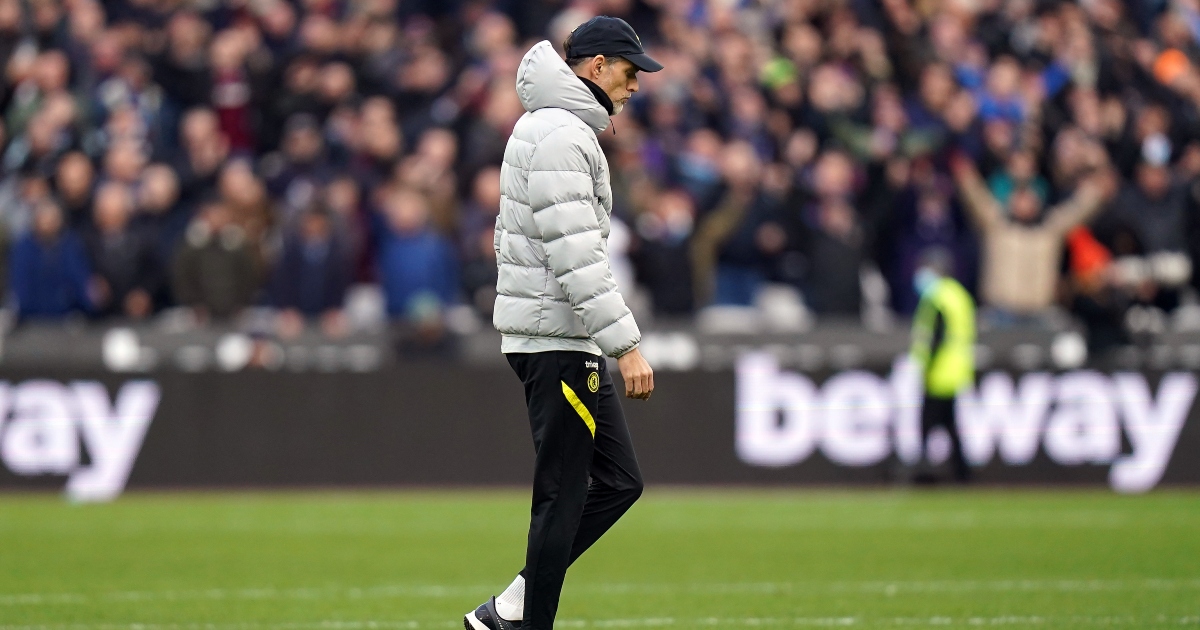 Chelsea manager Thomas Tuchel was left frustrated by his side’s individual mistakes in their 3-2 defeat at West Ham as they drop points in the title race.

The Blues had taken an early lead through Thiago Silva who nodded home from a corner. However, the Hammers drew level from the penalty spot after a defensive mishap.

Jorginho initially passed the ball back to Edouard Mendy but the pass lacked enough pace and the Blues shotstopper was pressured by Jarrod Bowen. Mendy refused to clear the ball to safety and was robbed by the West Ham winger who he then subsequently felled. Manuel Lanzini fired home from the spot.

Chelsea did go into half-time in the lead thanks to a superb volley from Mason Mount but the Hammers levelled again with a good finish from Bowen.

West Ham grabbed a late winner through Arthur Masuaku as his cross-come-shot found the back of the net with finger points at Mendy again.

The result gives both Manchester City and Liverpool the chance to leap above Tuchel’s side this weekend.

The Chelsea boss was left annoyed at his sides mistakes.

Speaking to BT Sport, the German boss said: “I don’t think we did a bad match, it was OK, we can win with this performance.

“It is tough to play here, we did too many individual mistakes, we did already against Manchester United and Watford and got punished – if you want a result at this level you have to minimise mistakes. We talked about it before, it’s obviously not helped.”

When asked about the penalty, Tuchel replied: “Everybody is involved, the pass is not the best decision, the orientation is not the best, we can save it but the decision-making is also not the best from Edu in this moment.

“We created a lot of half chances, a lot of touches in the box, but sometimes you need a bit of luck, a deflected shot or loose ball that falls to our feet. Their third one is a strange one, the two big chances they had in the first half were our mistakes.

“We could not finish it with clear and better chances, be more ruthless, we struggled also in defending some situations.

“Every loss is a bump in the road, that will not hold us back from what we demand from us but we need to play more accurate, more stable and reduce big mistakes.”