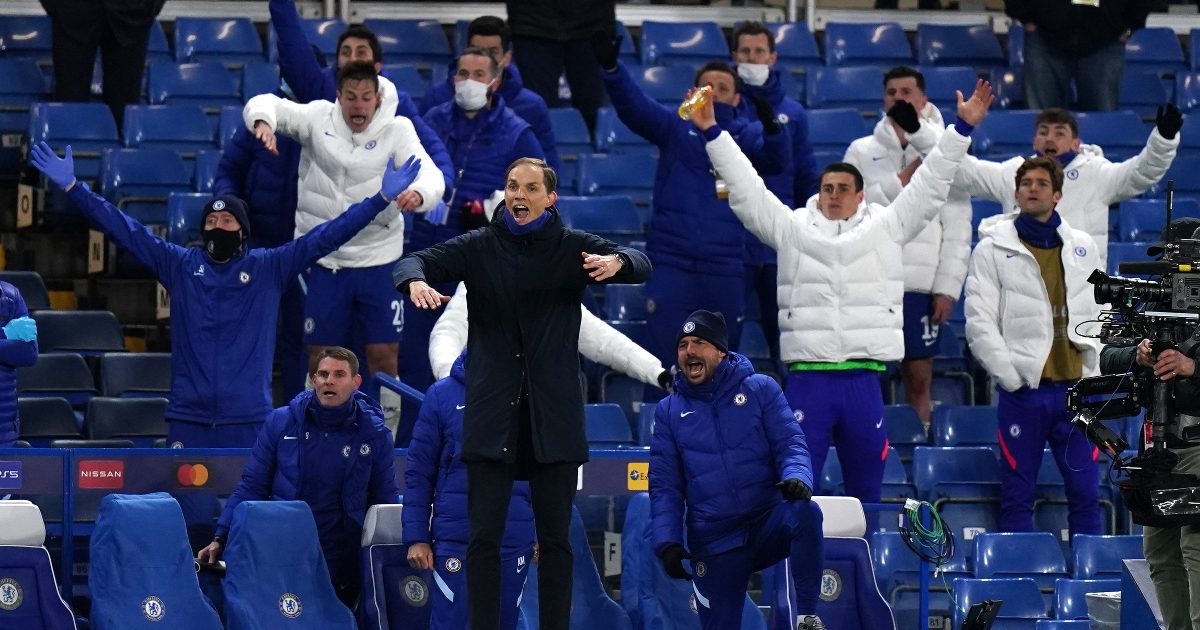 Thomas Tuchel was delighted after his Chelsea side put in a “huge performance” to book their place in the Champions League final.

After a tentative start to the game, Chelsea had a goal chalked off in the 18th minute. Ben Chilwell put it on a plate for Timo Werner who found the net. But he was a little too eager as he had just strayed offside.

Karim Benzema forced Edouard Mendy into a great diving save before the hosts took the lead just before the half-hour mark.

Kai Havertz chipped the ball over former Blues ‘keeper Thibaut Courtois. His effort bounced back off the crossbar but Werner was on hand to head it into an empty net from close range.

Havertz hit the bar again shortly after the restart. His header looked to be top corner bound but it struck the woodwork.

Chance after chance went begging for Chelsea in the second half until they eventually got their second goal of the night in the 84th minute.

Christian Pulisic was calm in possession before he set up Mason Mount. The Englishman made no mistake as he found the net from inside the area.

Tuchel‘s side won 3-1 on aggregate and they will face Man City in the Champions League final.

Feels so good, doesn't it. 🥰 pic.twitter.com/MTD2k1Wo3A

As cited by BBC Sport, Tuchel said post-match that his side “never lost their desire to defend” against a Madrid side that are always dangerous:

“They deserve to win. First off it’s difficult because Real had a lot of possession and they made us suffer, but then we were dangerous with counter-attacks and never lost the hunger, never lost their desire to defend.

“Real Madrid, of course, are always dangerous. they can turn nothing into goals. So, to hang in there, even when you have chances and miss them, they never lost concentration, focus, and a positive energy on the pitch. This was a huge performance.”

On Mendy: “Even against Fulham, it was the same. He was solid and so, so strong, strong hands, intelligence and he kept a clean sheet again.”

On reaching another Champions League final: “I’m very happy that we’ve achieved this. I’m very grateful to have the opportunity to live my life in football and this passion as a profession. So grateful to do it on this level and to get to another final, I’m very grateful for that.”

On how the final will go: “Ask me four days before the final! It’s too early. There can be injured players, there can be players out a form. We need to wait and hopefully, we arrive with the whole squad, because it’s not done yet. We want to go all the way and we arrived in this competition to win.”