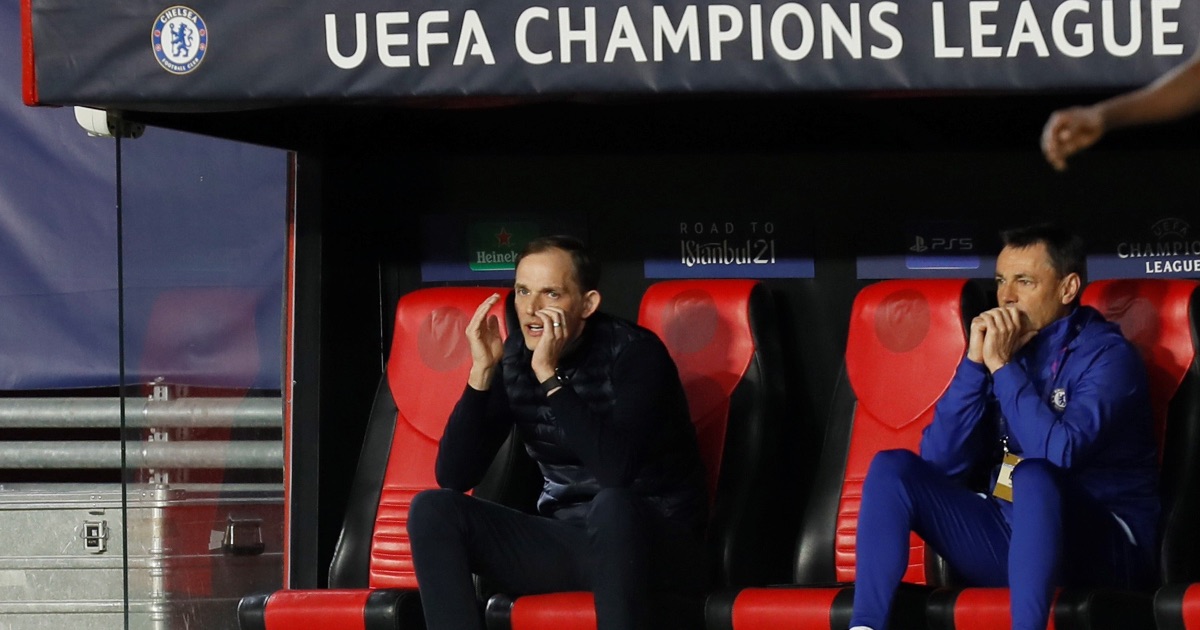 Thomas Tuchel amits Kai Havertz and Timo Werner “didn’t play at their highest level” and hailed the Chelsea duo making an impact from the bench on Wednesday.

The Blues beat Porto 2-0 in Seville thanks to goals from Mason Mount and Ben Chilwell, but Tuchel was not impressed with the displays of his two compatriots.

Both Havertz and Werner struggled to get involved in the game and were replaced just after the hour mark by Christian Pulisic and Olivier Giroud.

And Tuchel says he made the change as it was clear the starting duo were enduring a “tough match”.

“At the time I accepted that it was a tough match for Timo and Kai today, they didn’t have their best day,” he said after the match.

“We did not deliver so good so the connection between the seven and the front three wasn’t there. The balls we delivered weren’t the best balls.

“Also, I could feel that our two German players, Kai and Timo, didn’t play at their highest level so I wanted to have an impact from the bench.”

As well as pointing out his disappointment in Havertz and Werner, Tuchel went on to praise the displays of their replacements.

“Christian has good momentum and Oli had good experience and memories of the stadium (where he scored four goals in a group stage game),” he said.

“We wanted to keep going in the match.

“It’s very hard that once you lead, you play with the mentality of not losing what you had and keeping what you have. We wanted to win the next half, the next duel and to try and score the next goal.

“The best way to defend is to attack, to have more possession and to have courage. I am happy with the impact from our substitutes today.”

“There were many moments where we suffered,” Tuchel added. “We accepted it. The circumstances are a bit different in a quarter-final. The spirit was good and it was an excellent result.

“I was pretty sure about that [they’d react well after the WBA defeat]. I saw a response immediately in the dressing room and the next day. That wasn’t a big concern. We were ready to respond.

“There will always be setbacks in sport. The biggest challenge is to bounce back.