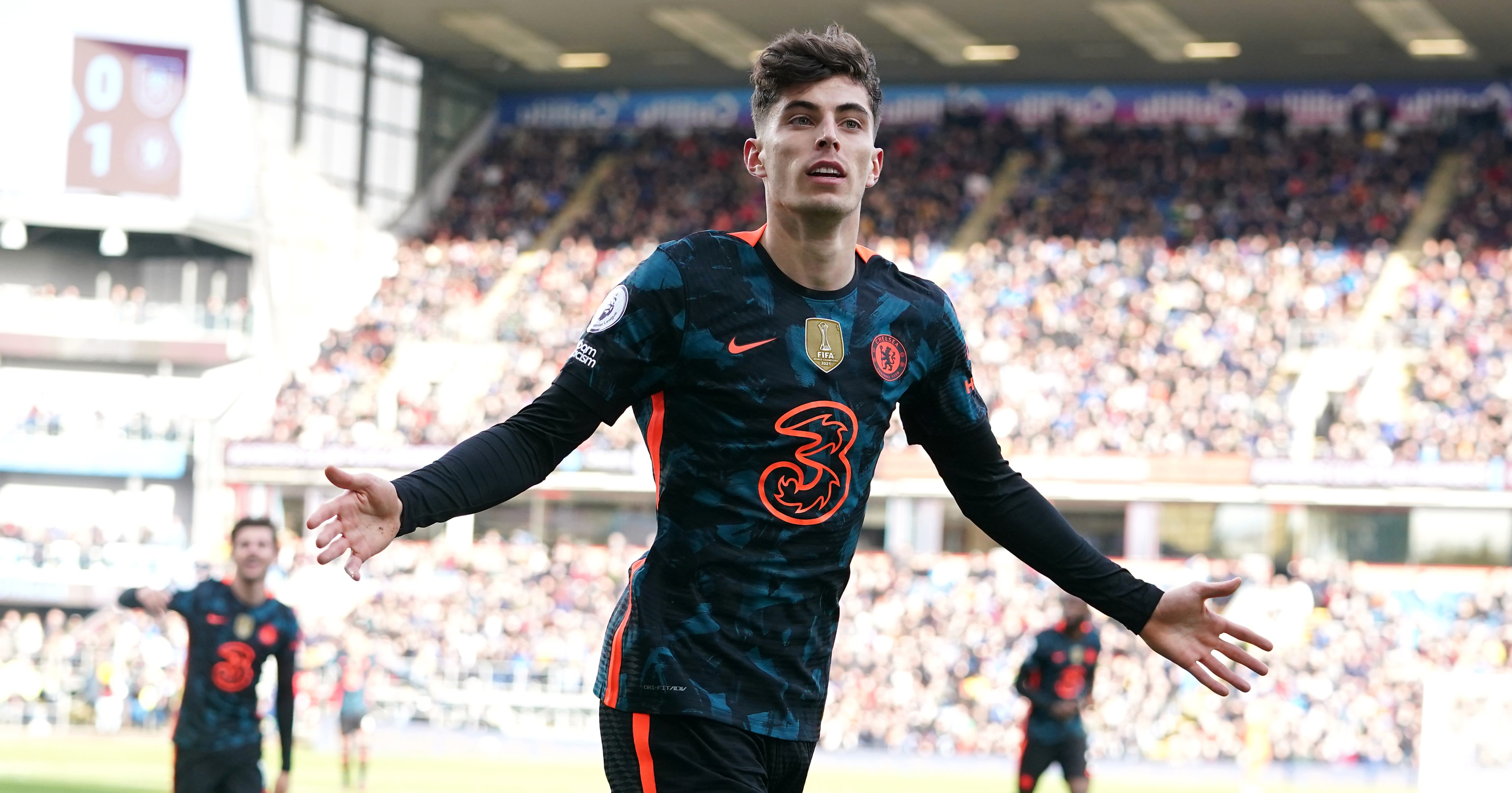 Thomas Tuchel admits Kai Havertz is close to undroppable on current form after two goals in four minutes helped sink Burnley in a 4-0 win for Chelsea on Saturday.

Timo Werner and Romelu Lukaku started in the midweek FA Cup win over Luton, but it is Havertz who has been getting the nod in Chelsea’s biggest games of late, starting in the Champions League win over Lille and the Carabao Cup final against Liverpool.

The German also scored the decisive penalty in the Club World Cup final victory over Palmeiras.

While Lukaku’s form continues to come under scrutiny at Stamford Bridge, Havertz is making it difficult for the Belgian to get back into the side.

“He gives a lot of intensity and he’s involved in goals,” Tuchel said of Havertz. “He scored again, so it’s a very good moment and it’s on him to keep going. This is how it is.

“We played the last cup match without him, Timo was very strong and was very close to starting (on Saturday). Romelu got his goal and we will need everybody, but, at this moment, he’s in really good shape.”

Chelsea struggled to create clear chances in the first half at Turf Moor, but, after Reece James fired in the opener two minutes into the second, they sliced through Burnley at will, with Havertz making it 2-0 and then 3-0 with goals in the 52nd and 55th minutes.

“What he gives us is huge volume,” Tuchel added of the Germany international.

“He loves to create overloads and half spaces and this is what he gives. It’s just his style of play, his characteristic as a player. He’s in good shape, he’s confident.”

Having opened the scoring, James had a hand in both of Havertz’s goals, helping Christian Pulisic create space to cross for the first and then setting up the second himself.

“We had players out for many weeks and that cost us. On top of that was the Covid situation where we sometimes struggled in a crazy way where we arrived in Wolverhampton (in December) with 14 players and stuff like this.”

James was withdrawn moments after Pulisic scored Chelsea’s fourth with 20 minutes to go and after the match the 22-year-old said he had picked up a minor knock.

However, Tuchel said he expected him to be available for Thursday’s trip to Norwich.

“The good thing is I think it makes a huge difference for Reece if he plays 65 or 70 minutes or 90 minutes, which is now ideal because we have four days in between which should give us the possibility to play in Norwich,” he said.

“Of course we have to take care and we cannot overuse him.”