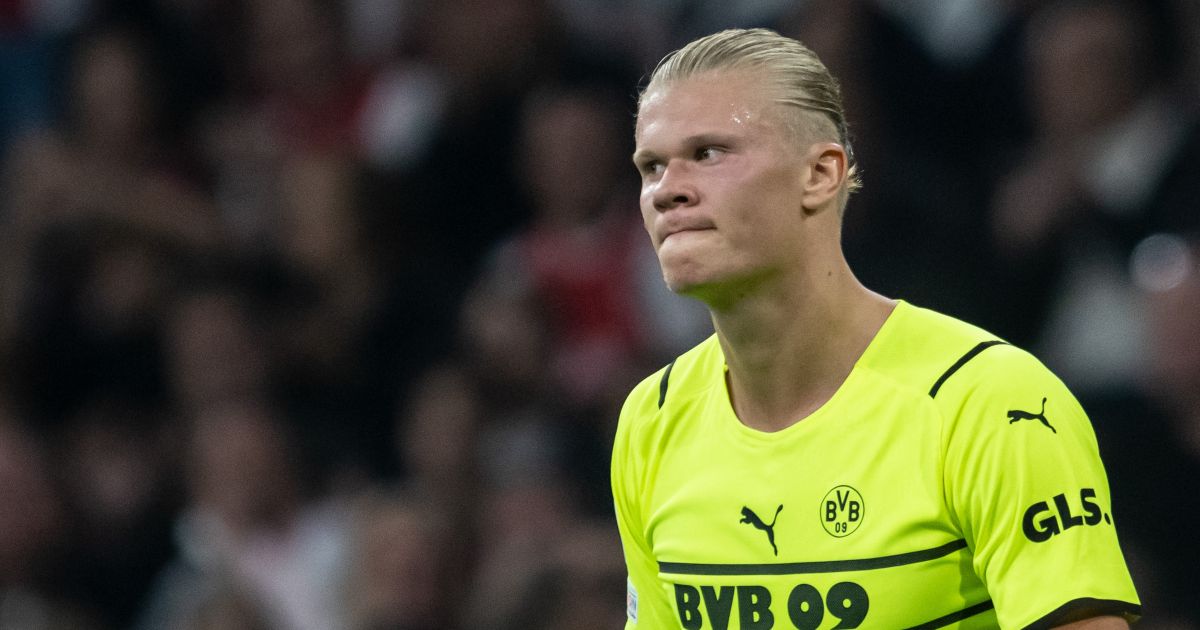 Thomas Tuchel admits that he talks to the Chelsea recruitment team about Borussia Dortmund striker Erling Haaland on a regular basis.

It is understood that Haaland has a £68m release clause that will become active in the summer transfer window as part of an agreement when he signed for the Bundesliga outfit.

The Norway international has scored 12 in eight matches this campaign for Dortmund taking his total to 70 goals in 69 appearances.

Chelsea and Lukaku need to agree on his purpose

Numerous clubs have been linked with a move for Haaland as the 21-year-old’s buy-out clause is seen as affordable for a lot of the top clubs around Europe.

And now Tuchel has confirmed Chelsea’s interest in Haaland but admits the deal was “unrealistic” to complete in the last window.

Tuchel told Sport Bild (via Goal): “We talked about Erling Haaland a couple of times, including during the transfer window. But then it seemed absolutely unrealistic and not at all feasible.

Romelu Lukaku returned to Stamford Bridge in the summer transfer window from Inter Milan for £97.5m after helping the Italian club to Serie A glory.

When asked if we could see Haaland and Lukaku playing with each other in the Premier League next season, Tuchel added:  “You mean two at the top [with] Lukaku and Haaland? We can talk about it!

“I don’t think we’ve been really serious about it yet, but let’s see what will happen in the next few weeks.”

Meanwhile, Tuchel commented yesterday that Lukaku has been “overplayed” and that could be the reason for his below-par performances.

“And now he has played the Nations League. He is a fantastic athlete and such a competitive guy that he digs in deep, he wants to win these things and he never takes it easy and judges games.

“He wants to be out there and win.  So I know how much he wanted to have a good outcome for Belgium in the Euros, and the Nations League meant a lot to him too.

“It was a huge match for him personally, it means a lot to him to play for his country. So he takes it really seriously. And if it doesn’t go well he always takes it on his shoulders.

“I feel him a bit tired, not that we have a concern, but for me it’s that he doesn’t fully enjoy it without having second or third thoughts. For me he is overplayed a little bit. And this is the key point.

“Once he finds his rhythm he will find things a bit easier. But it’s difficult to judge whether he needs a break or he needs to keep playing. And it’s the same for some other players too, Mason and Jorgi (Jorginho).

“They have a lot of weight to carry for their countries. They take it and they love it, they are competitors. But if you play a thousand matches a year it can feel a bit heavy, although they love the game. They are such good guys but this is what I feel just between the lines.”