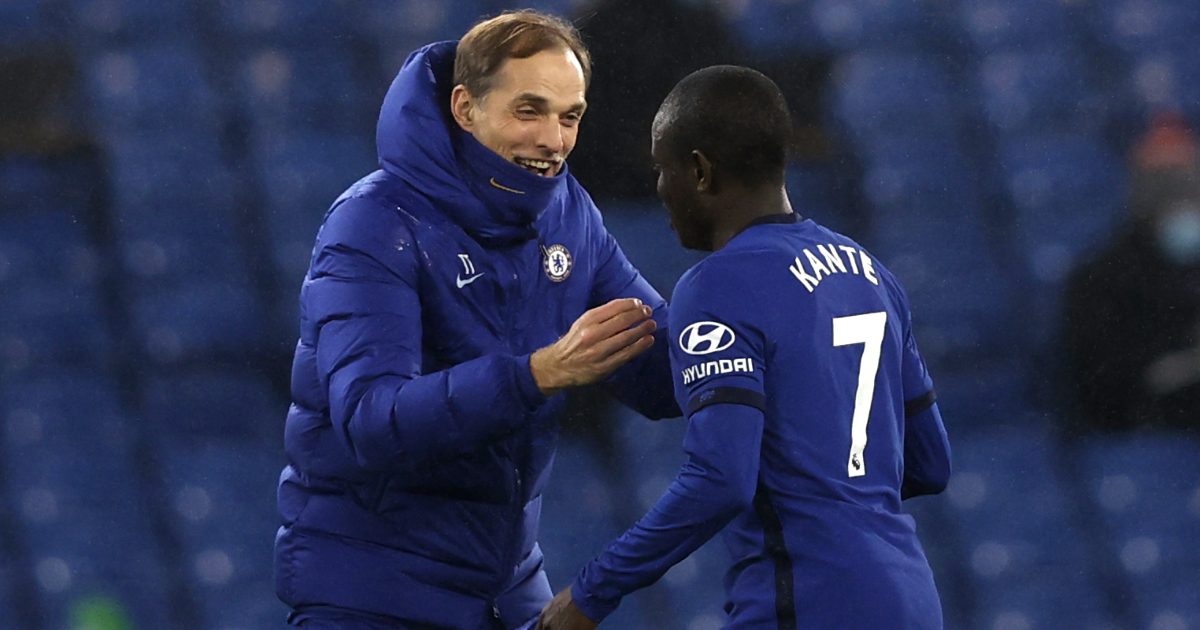 Chelsea boss Thomas Tuchel has insisted that he would love N’Golo Kante to be able to add a Champions League to his trophy collection.

Kante has lifted the Premier League with Leicester and Chelsea, and the World Cup with France, but Europe’s top club crown has so far avoided him.

The 30-year-old will assume a pivotal role in Chelsea’s semi-final second leg with Real Madrid at Stamford Bridge, with the scores locked at 1-1 from the first encounter.

Asked if completing the set by winning the Champions League would elevate Kante’s career to new heights, Tuchel said: “Where to? Where to elevate?

“The guy is a top guy, and he is the guy you need to win trophies, obviously, that’s why we’re so, so happy he’s here.

“I was fighting for this player and dreaming about this player in any club I was coaching. And now he’s my player.

“He’s won every trophy except for the Champions League, hopefully he will do everything to get this trophy.

“For me he’s an example, and an unbelievable input for any team in the world. He’s key and he will be key tomorrow, and I hope in the best way possible.”

Kante’s tireless performances have had Tuchel purring ever since the German walked through the Stamford Bridge door.

The ex-Paris St Germain manager believes Kante’s workload represents that of two players, and that he has produced his finest form in the last few months.

Kante is as shy off the field as he is hard-working on it however, and that humility yields the greatest respect from team-mates and opponents alike.

Tuchel praised Kante for being the personification of letting his feet do his talking, with his homespun attitude belying his superstar abilities.

“He still needs to accept that I cuddle him, I do that a lot! I need it for myself, so he has to live with it!” joked Tuchel.

“He’s a nice guy, almost shy, he’s quiet, he likes his own quality time, he’s not loud. I see him smile a lot, and he will interact with anybody but on his own terms.

“He’s very shy but very polite, and I’m so happy that players like him exist. And to express yourself by pure performance, it’s a pleasure to watch.

“What he is doing with this mentality, it’s the mentality of a real helper, who will always give anything to help everybody on the pitch out there.

“He is such a nice, humble and quiet guy, it’s a fantastic combination.”

Mateo Kovacic has failed to shake off his hamstring injury in time for Wednesday’s clash, but the ex-Real Madrid midfielder is Chelsea’s sole injury absentee.

Toni Rudiger will wear a mask to be able to play despite suffering a recent facial injury.

But now Tuchel has explained how that decision only serves to show Pulisic’s bristling long-term ambition.

Tuchel said: “Absolutely it’s a good thing, this decision to take this number.

“It sets the tone and it shows the determination, and the dreams that Christian wants to fulfil, and his own demands on himself. This is a very good part of his decision.

“The downside of this decision is that people will always compare you with any number 10 in the world, and with the number 10s at a big club like Chelsea.

“So this is the downside and you have to live up to that. But right now he is in a good place and he has a huge impact on our team.

“So everything is good and we can be very happy tomorrow if he continues to make his mark.”