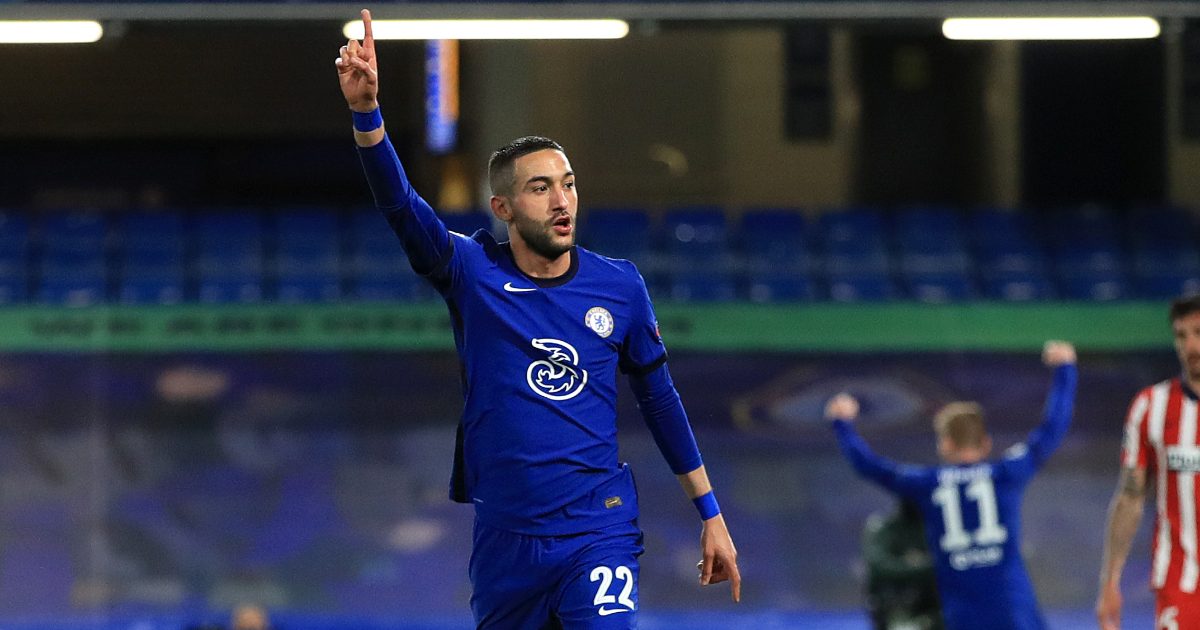 Thomas Tuchel praised his Chelsea side as they did “what was necessary” to knock Atletico Madrid out of the Champions League.

Against a below-par Atletico side, Chelsea were completely dominant at Stamford Bridge. Their positive work in the first half was rewarded with a goal in the 34th minute.

It came via a ruthless counter-attack as Kai Havertz laid it off to Timo Werner. The forward advanced up the field before he squared it to Hakim Ziyech, who finished well from inside the area.

OPINION: Tuchel has made a mockery of modern managerial excuses

Diego Simeone’s side could barely lay a glove on the hosts, as they remained in the ascendency during the second half.

Former Man City defender Stefan Savic was sent off for the visitors. This came as a result of an elbow on Antonio Rudiger in the final ten minutes.

Emerson rounded off a great night for the Londoners with their second goal of the night in stoppage time. The substitute was fed it by Christian Pulisic and the defender made no mistake as he fired the ball into the bottom corner past Jan Oblak.

This victory extends Tuchel’s unbeaten run as Chelsea boss to 13 games. The Blues will now play in the Champions League quarter-finals for the first time in seven years.

Tuchel told BT Sport post-match, as cited by BBC Sport, that his side showed good “team work and courage” against Madrid:

“Very good performance, unbelievable effort, even from the guys in the stands… could feel we totally wanted it.

“They tried to pressure us high in the first half but opened up some spaces in the back of the midfield and we could exploit it. Second half there were minutes where we suffered but we were ready to do what was necessary to win.

“We missed Andrea Christensen today, Thiago for many weeks – big personalities. I tell Kurt Zouma this morning he plays and he steps up. It’s about team work, courage and reliability of feeling safe around each other.

“We know if we cannot find solutions with offensive play we can rely on our physical game. We were absolutely not afraid to put it on a physical level if we don’t get offensive solutions and we enjoyed the battle. The guys were totally on and sharp, we were super hungry to go through.