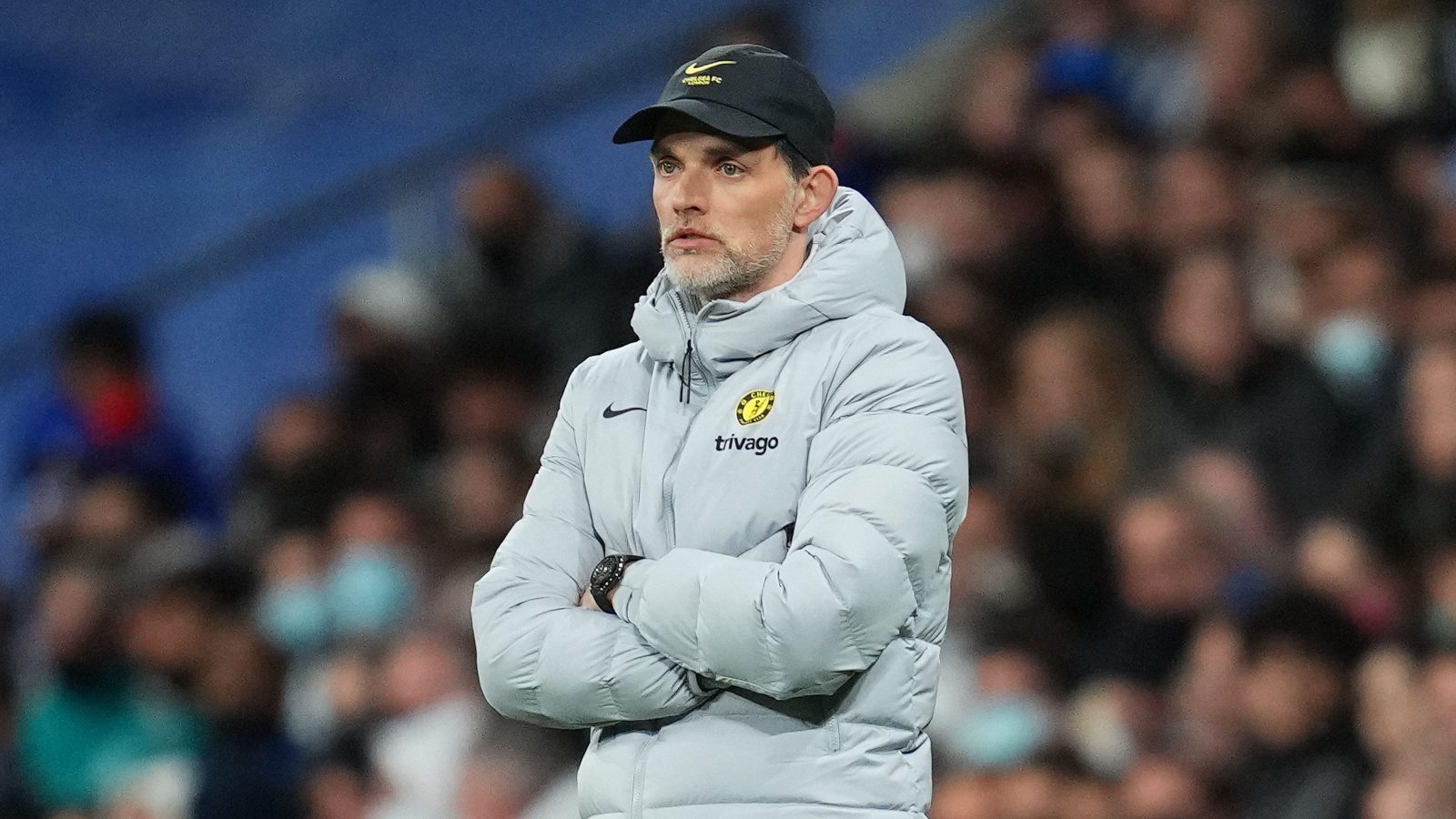 Thomas Tuchel claims the Stamford Bridge pitch was partially to blame for Chelsea’s 4-2 defeat to Arsenal on Wednesday.

Eddie Nketiah scored a brace in a crazy game that drew Arsenal level on points with Tottenham in the race for the top four.

READ MORE: Have Arsenal turned this into a race for two CL places?

The striker’s opening goal of the game came after an underhit backpass by Andreas Christensen.

The Danish centre-back was then withdrawn by Tuchel at half-time, but the German boss insisted Christensen asked to be replaced due to injury.

“He said he cannot continue, so I think he had some problems,” he said in his press conference.

“I don’t take a player out because he makes one mistake. To say the pitch is difficult to play here it maybe sounds like an excuse, but it is a very, very difficult pitch that we have here. It’s not in our favour.

“The ball bounces very awkwardly in front of Andreas when he wants to play this ball.

Despite refusing to blame Christensen, Tuchel lamented Chelsea’s overall defensive display and doesn’t believe the absence of an injured Antonio Rudiger was a factor in the Arsenal loss.

“We conceded seven goals with Toni against Brentford and Real Madrid, that answers the question,” he added.

“Then it’s a game for the players. They get full praise when they do it when they did it for the last three matches, and they have to face the reality that it’s impossible to win matches if you make this amount of mistakes of this calibre. It’s simply impossible.

“I don’t see it in any other matches, but I see it now in consecutive matches of our games, and it has to stop.”