Home All The News Tuchel on drawing Man Utd: ‘I would watch this game on TV’ 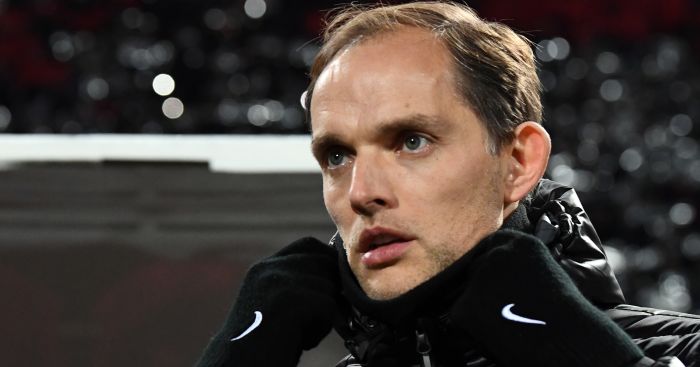 Paris St Germain coach Thomas Tuchel is ready for the “great test” of facing Manchester United in the last 16 of the Champions League.

Being paired against the runaway Ligue 1 leaders PSG was perhaps not the kindest outcome which under-pressure United boss Jose Mourinho would have been hoping for.

While the Red Devils were handed the most testing of fixtures, the other English teams will all face German opposition following Monday’s draw for the knockout stages.

Tottenham, who qualified as runners-up in their group behind Barcelona, will take on current Bundesliga leaders Borussia Dortmund, for whom England teenage forward Jadon Sancho continues to impress.

It is, however, United’s clash with the French side, unbeaten in their own domestic division this season with some 44 points from 16 league games, which proved the pick of the ties.

United have never faced PSG before, but could come up against former midfielder Angel Di Maria in their squad, as well as Neymar, the world’s most expensive player, and France World Cup winner Kylian Mbappe.

Tuchel‘s side scored 17 goals in their Group C campaign to qualify ahead of Liverpool, but were beaten 3-2 at Anfield during September.

The German coach maintains there will be no sense of complacency when they head back to England, the first leg set for February 12, with the game in Paris on March 6.

“We have the quality to win at Old Trafford. I’m confident for my team, but it’s a great test, a challenge,” Tuchel said at a press conference ahead of the Ligue 1 game against Orleans.

“If I were a spectator, I would watch this game on television.

“The round of 16 is always tough. I do not think we are favourites.

“We must respect the clubs that have experience of these major meetings in the Champions League, such as Manchester United. They have won this competition several times.

“It will be important to show our desire to win, but also that in the two months before we play every game thoroughly – it would be a great mistake to now just focus on the Champions League game.”