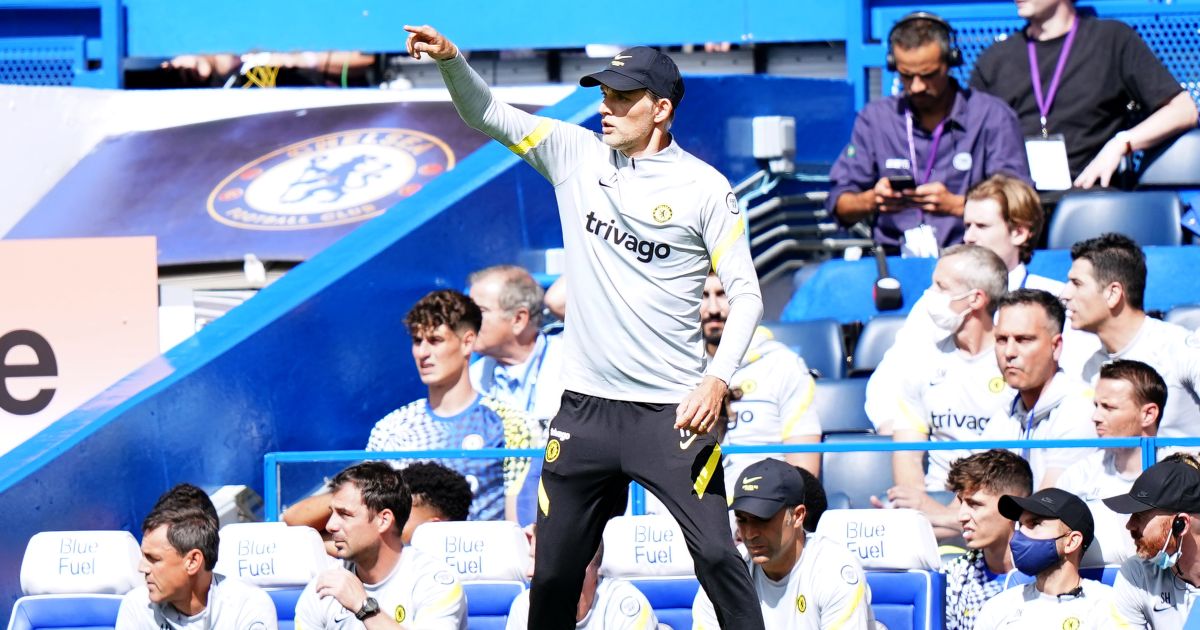 The Blues have spent a lot of money over the last couple of seasons with the likes of Timo Werner, Kai Havertz and Ben Chilwell arriving for big fees.

That trend continued this summer as they brought in Romelu Lukaku from Inter Milan for £97.5m to provide them with more goals.

Their investment paid off last term as they beat Manchester City in the final of the Champions League to win European club football’s biggest prize.

However, Sherwood believes Tuchel will now have a job on his hands to keep all of his talented squad happy.

When asked about Chelsea’s title prospects this season, Sherwood told Premier League productions: “They are definitely in the picture.

“With that addition of Romelu Lukaku, they should have real belief that they can go on and win the title. They’ve got so many players in that squad.

“Thomas Tuchel’s problem is trying to keep them all happy, which is impossible to do unfortunately. But right now I’m going with Chelsea to win it.

“Lukaku is a huge, huge plus for them. But obviously Harry Kane could still go to Man City or Man United this summer and that might change my mind. Kane at one of those clubs makes a big difference.”

Chelsea have already won their first trophy of the season with victory in the European Super Cup last Wednesday, while they got off to the perfect start in the Premier League by beating Crystal Palace 3-0 on Saturday.

On their victory over the weekend, Tuchel said: “It’s never perfect. You always find something to do better. Given how we arrived to this after a match on Wednesday, long travel and today was very hot, we pushed some players over the limit in terms of minutes and physical preparation.

“It was a very good game from the start to the end. We were well deserved winners. Big congratulations to the team. They did good and overcame tiredness.

“We were pretty sharp. It looked easier than it was. Some players we pushed with 120 minutes over the line already and they stepped up again. We set our standards as high as possible. It was a huge team effort.”