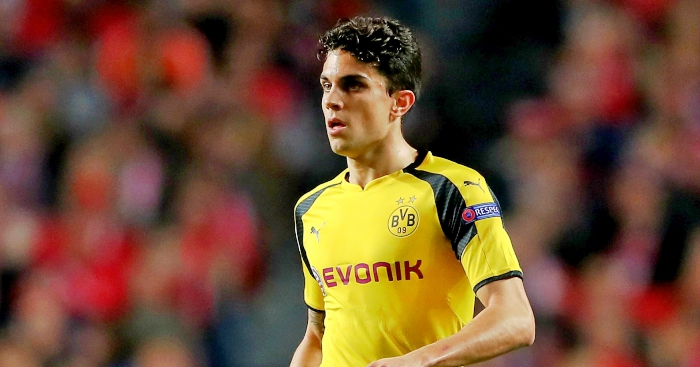 Borussia Dortmund boss Thomas Tuchel expects Marc Bartra to be out for up to four weeks with a wrist injury suffered during the bomb attack which targeted their team bus on Tuesday.

The Dortmund squad were on their way to Signal Iduna Park for the Champions League quarter-final clash against Monaco when three explosions went off near their coach.

Bartra was the only player to suffer a significant injury and underwent surgery on a fractured wrist on Tuesday night while bits of debris were also dislodged from the defender’s hand as a result of the blasts.

Monaco went on to win the rearranged first-leg encounter 3-2 on Wednesday – less than 24 hours after the attack – in a breathless encounter in north-west Germany.

But Tuchel says the result was put into perspective by the “shock” of Tuesday evening’s events and the ongoing attempt to quantify what had happened.

Speaking in a press conference, Tuchel said: “Compared to what happened on Tuesday, the importance of the game is zero.

“Each person concerned must deal with this situation differently. Some players only really realised the shock and the situation when they rejoined their families at home.

“We must find a way to get clear but we don’t know yet how it’s going to happen. It’s incredibly hard to talk about. We can share only with each other and understand.”

On Bartra’s injury, Tuchel added: “It’s a four-week break. He would like to play now.”