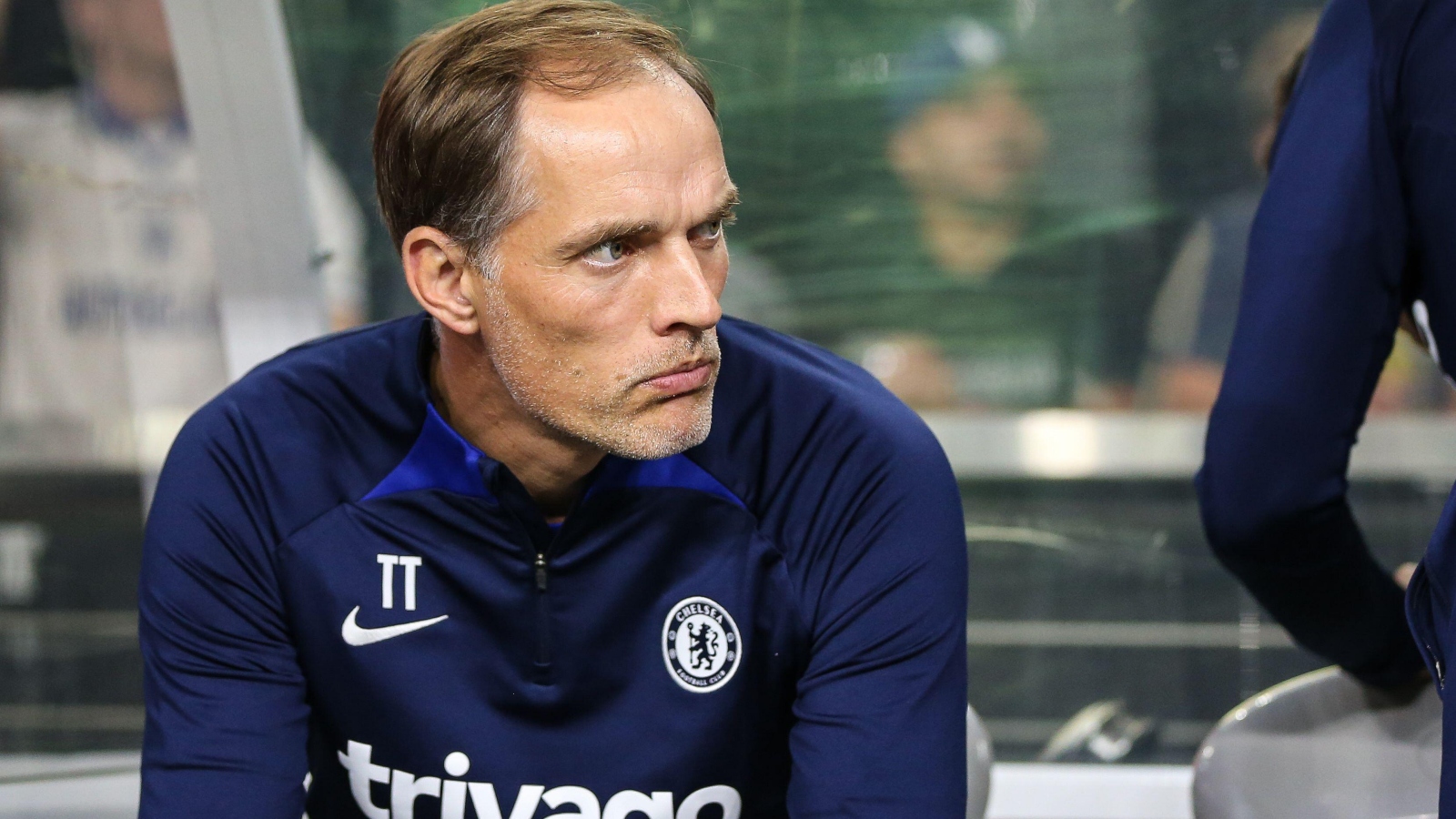 Thomas Tuchel is adamant he is “super happy” with Chelsea’s transfer business so far this summer, but admits he misses a ‘huge support’ who’s departed the club.

Tuchel’s side are in a period of transition after Todd Boehly’s consortium bought the club from Roman Abramovich at the end of last season.

And Boehly has been working to revitalise the squad following the departure of a number of high-profile players.

Antonio Rudiger and Andreas Christensen both left at the end of their contracts, and Timo Werner and Romelu Lukaku have both returned to their former clubs.

Raheem Sterling and Kalidou Koulibaly have arrived to bolster the ranks but the club are reportedly working on a number of further transfers.

Wesley Fofana has emerged as the top centre-back target with Chelsea locked in negotiations with Leicester over a fee which could reach as much as £85m.

Wilfried Zaha and Pierre Emerick-Aubameyang have been linked as possible forward additions for Tuchel, who wants further players to be “competitive” in the Premier League this season.

The German manager was frustrated during preseason and wasn’t particularly impressed with his side’s display in the 1-0 win over Everton on the opening day of the season.

But he insists he is more than happy with the players they have so far been able to recruit, but confessed he has struggled without the calming presence of Petr Cech, who left his role as technical director this summer.

“I still think we are in transition with a new ownership,” Tuchel told Soccer AM when asked to sum up Chelsea’s preseason.

“Petr Cech out who was also such a big key factor, also for me in the season in the building here in Cobham, speaking with everybody and the staff and being a huge support for me.

“He’s not here any more so there are some changes. We are positive but we are a bit in transition so we are excited but it comes pretty early (the season).”

Tuchel also revealed he found it impossible to switch off during the close season with so many issues unresolved.

He said: “Normally I switch off, I train myself to switch off but this season it was impossible. New ownership, new communication, transfer period.

“We lost key players. It was not a summer like the last years and it felt a lot shorter than it actually was.”

Many have suggested all is not quite right at Chelsea and that Tuchel isn’t entirely happy with the situation, but the Blues boss insists he’s “super happy” with the work they club has done so far.

“They are exactly what we need so this is brilliant to have Kalidou in defence and Raheem in offence is top, top signings.”