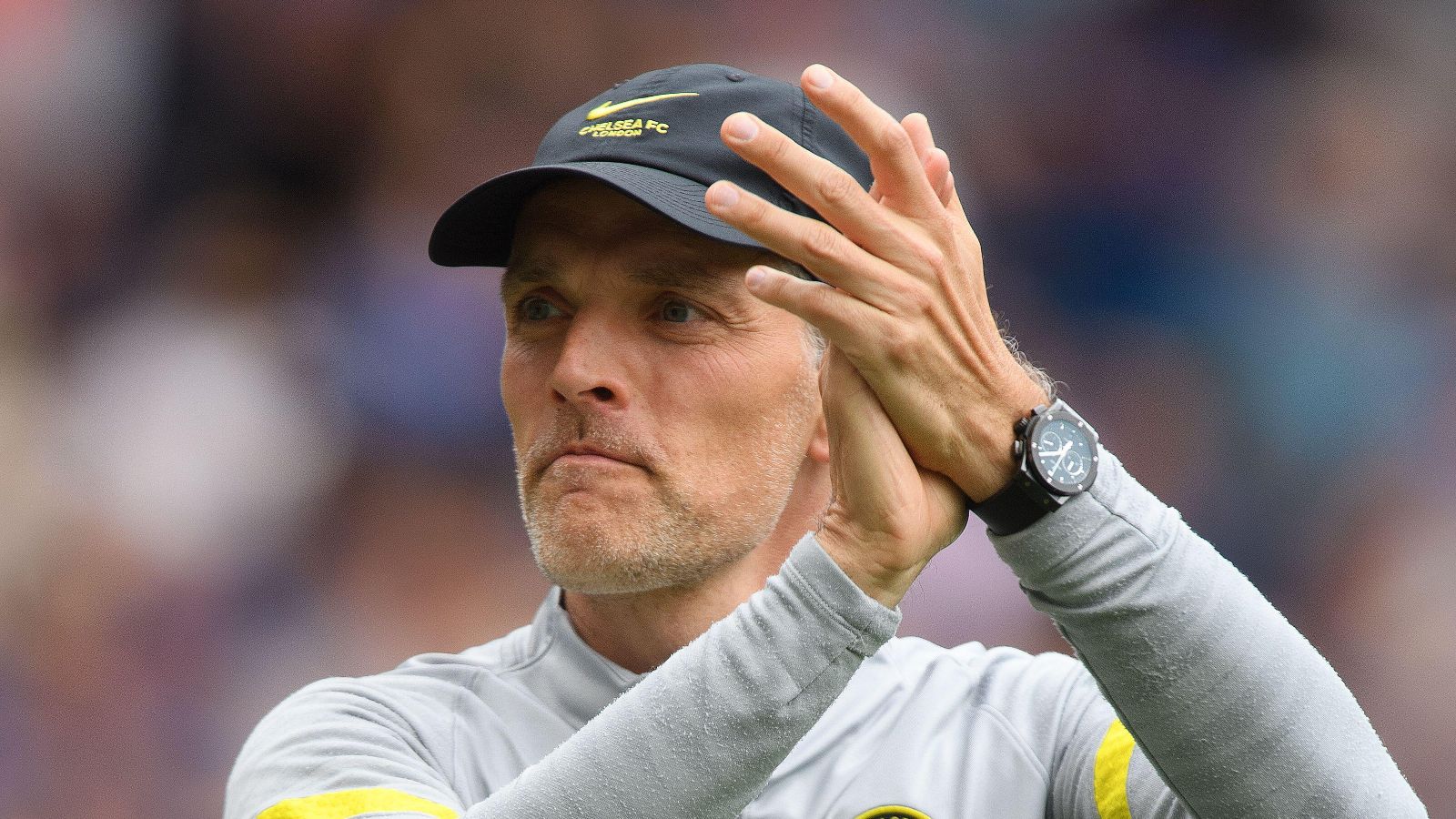 Thomas Tuchel has spoken about Chelsea signing Marc Cucurella from Brighton shortly before the transfer was officially completed.

The Blues have moved quickly to sign Cucurella after it emerged that Man City were unwilling to pay £50m to sign him.

Transfer guru Fabrizio Romano is very happy with himself after it was revealed on Thursday night that Cucurella to Chelsea is ‘getting closer’.

The Blues could pay as much as £62m for the left-back, with Brighton set to receive an initial £55m. A significant profit for a player who only cost £15m last summer.

This takes Chelsea’s summer spending to way beyond £100m as they have already splashed out to sign Raheem Sterling and Kalidou Koulibaly.

During his press conference on Friday (via Football London), Tuchel spoke on Chelsea getting  Cucurella:

“Well it’s not done yet, but I don’t want to tell you that I don’t know anything about it of course,” said Tuchel.

“The paperwork is in process, hopefully we can get it done before noon and that Marc is our player; young, hungry, mobile and a very intelligent player.”

This move has now been officially announced by Chelsea. Brighton are also set to receive Levi Colwill on loan from Chelsea as part of the Cucurella deal.

The 19-year-old impressed at Huddersfield last term and Tuchel feels that a loan to a Premier League rival will benefit him:

“It’s a bit hard to judge him. He came back and there wasn’t a lot of time in pre-season because he got an injury.

“At the moment it’s very individual, and if there is the chance for him to have a good loan and develop and improve, we are open to solutions.”

“For Ben [Chilwell], he is very ambitious as always. He looks better and better but at the same time, he needs a little bit more time to adapt to the physicality of the match itself, which is normal.

“It’s a very, very demanding league and we have to take care of him. We can’t just throw him in and see what’s coming.”

Chelsea are not planning to stop after signing Cucurella. They are also in the market for a new forward after Romelu Lukaku returned to Inter Milan. The less said the better about his form last season.

In a surprising development, the Blues have been linked with ex-Arsenal man Aubameyang in recent days.

Tuchel managed the striker at Borussia Dortmund but he is adamant that talk of him joining Chelsea is just “pure speculation”:

“We will not comment. There are a lot of names out there. It’s pure speculation and we will not get involved.”