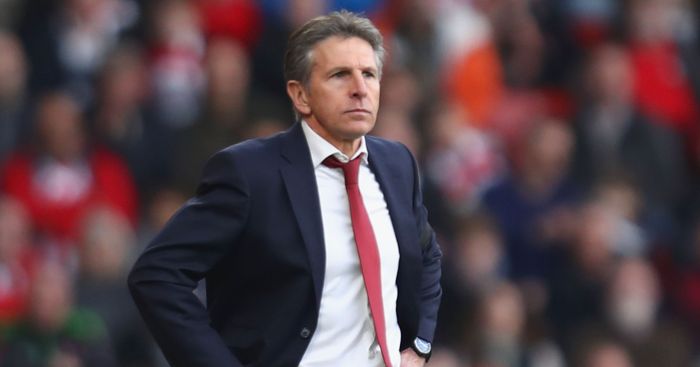 Southampton are looking for a manager with a shared “long-term vision” after sacking Claude Puel.

Frenchman Puel, 55, took over at St Mary’s last summer and guided Saints to the EFL Cup final, where they lost to Manchester United, and an eighth-placed finish in last season’s Premier League.

But the board has opted to make a change, dismissing the former Lyon and Nice boss.

A statement from Southampton on Wednesday evening said the club had “terminated the contract of Claude Puel with immediate effect”.

It continued: “Everyone at Southampton would like to express our thanks to Claude for his hard work and commitment this year.

“The highlight of the season was a memorable day at Wembley in the EFL Cup final, a day our fans will always treasure. We wish Claude well for the future.

“The search for a new management team is under way.

“We are confident that we will find the right fit in line with the long-term vision of the club.”

Despite the positivity around Southampton’s Wembley appearance in February, they lost 16 league games to slip to eighth after Ronald Koeman had delivered sixth place before moving to Everton.

The south-coast side also suffered early exits from both the FA Cup and the Europa League.

Come the final game of the season, a 1-0 home defeat to Stoke, Saints fans appeared to have turned against Puel, chanting “You don’t know what you’re doing” and booing the Castres-born tactician.

Rumours of player unrest have continued into the summer and, on the day which saw the 2017-18 fixtures released, Puel – a Ligue 1 winner with Monaco in 2000 – has departed Hampshire just 12 months into a three-year contract.