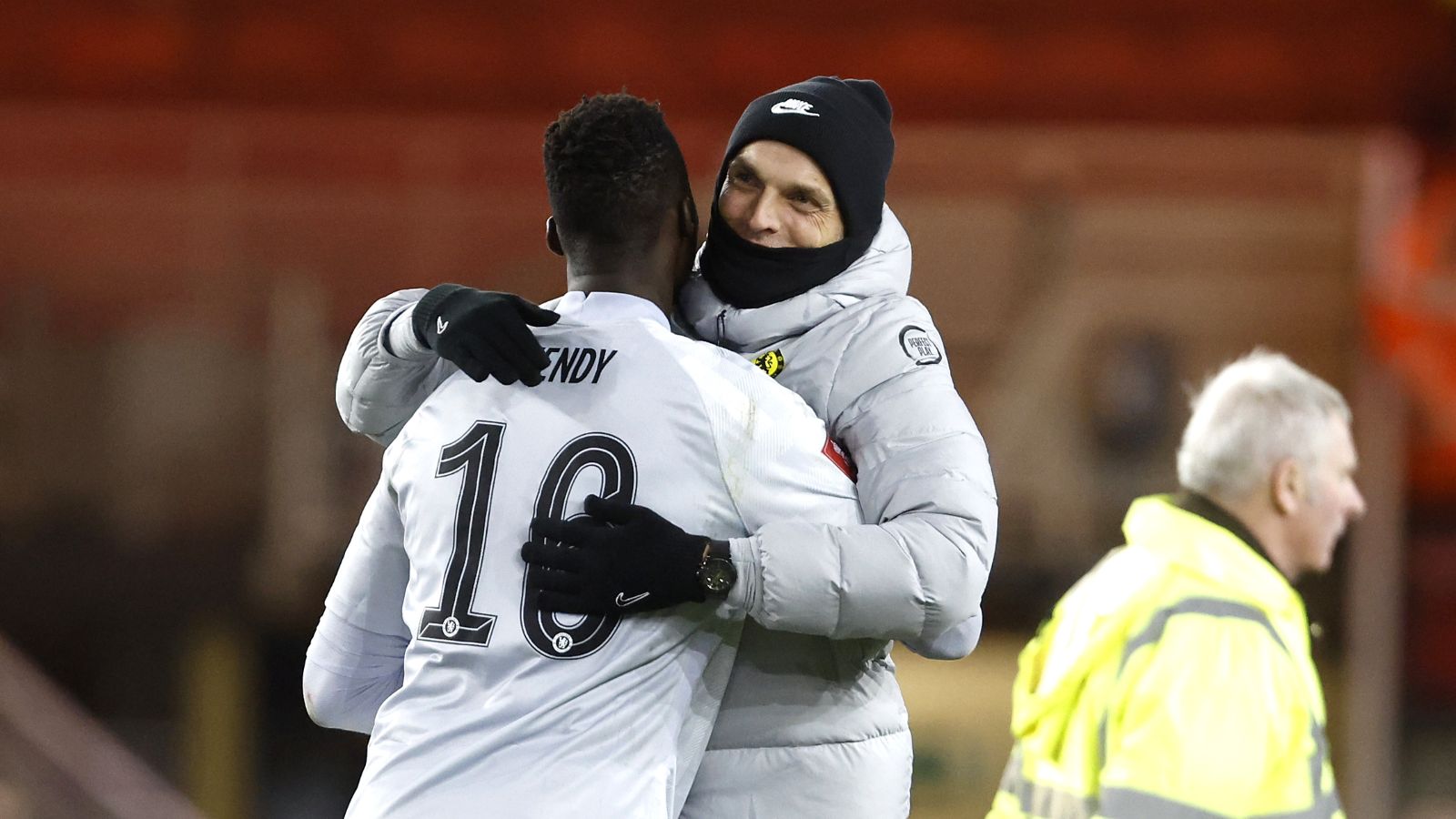 Thomas Tuchel was “very happy” with the performance of his Chelsea players as they dumped Middlesbrough out of the FA Cup.

The Blues travelled to face Middlesbrough in the quarter-finals of the FA Cup on Saturday evening.

Chelsea beat Chesterfield, Plymouth and Luton Town to reach this stage of the competition.

There was controversy in the lead up to this quarter-final. Chelsea requested for the game to be played behind closed doors.

The Londoners argued that this would be fair. This is given their inability to sell tickets to fans as a result of the restrictions brought about by Roman Abramovich being sanctioned by the government.

This request was swiftly withdrawn as Chelsea were rightly scrutinised for the demand on social media.

Middlesbrough’s supporters were in a buoyant mood at the Riverside Stadium but Chelsea managed to avoid drama in the last eight.

Romelu Lukaku and Hakim Ziyech scored before the interval as they took control of the knockout tie.

Chelsea did not add to their advantage in the second half but they were still able to run out comfortable winners.

After the victory, Tuchel told BBC Sport that his players “showed the right spirit” as they beat Middlesbrough:

“We were very focused and very serious from the beginning. We showed quality in decisive moments and scored two early goals which gave us a comfortable lead, but the effort was huge to not allow big chances. I’m very happy, it was a very deserved win,” Tuchel said.

“I’m impressed with the players’ focus. We accepted the [ownership] situation because we didn’t cause it.

“It isn’t in our hands, but it was important we showed the right spirit and took responsibility. This is very, very good. If you have the talent, it is a responsibility to show it.”

Mount added that Chelsea are “hungry for a domestic title”:

“Middlesbrough have been on an unbelievable run, you’ve seen the teams they’ve beaten recently in the cup, so it was never going to be a comfortable night.

“We didn’t have many fans here tonight but I felt that we let our football do the talking. I think we played some good stuff, and that was the main goal for us tonight.

“We really have that winning mentality within the group. Any competition, any game, we want to win, and we want to keep that going. It’s been a tough couple of weeks but for us, as a team, we’re just focused and ready to play.

“We’re so hungry for a domestic title, we just need to keep going. It’s not been the best of runs for us at Wembley but we want to right that wrong. We’ve already had one final at Wembley this season and lost it so we’re hungry to win [the semi-final].”