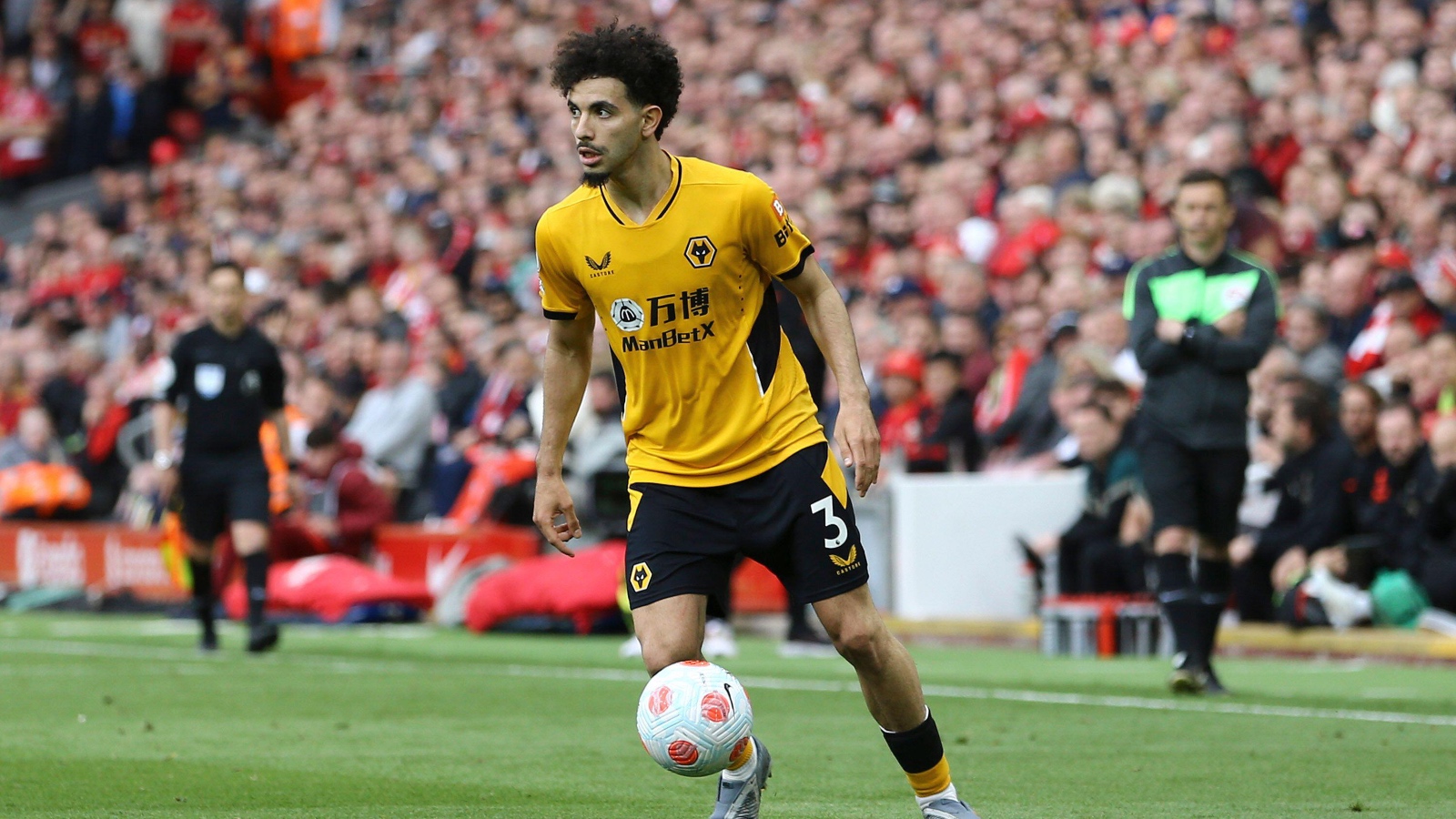 Thomas Tuchel is reportedly weighing up a Chelsea move for Wolves wing-back Rayan Ait-Nouri this summer.

The Blues boss is looking at potential options on the left side with Marcos Alonso linked with Barcelona and seemingly keen onthe idea of a move to the Nou Camp.

READ MORE: Haaland v Nunez is reductive nonsense when Manchester City and Liverpool are this good

Ait-Nouri signed for Wolves from Angers in October 2020, initially on loan, before making the £10m permanent move last summer.

The 21-year-old – who has also been linked with Manchester City – made 27 appearances in all competitions under Bruno Lage last term, helping Wolves to a top half finish in the Premier League.

And that form has caught the eye of Tuchel, who wants to sign competition for Ben Chilwell at left wing-back, according to The Sun.

Angers are believed to hold a 50 per cent sell-on clause for Ait-Nouri, which Wolves have the option to buy out.

Ait-Nouri still has four years left on his contract at Molineux and is valued by Transfermarkt at £13.5m.

There is also uncertainty over the future of Chelsea club captain Cesar Azpilicueta, and with Antonio Rudiger and Andreas Christensen both leaving as free agents, Tuchel looks set to add centre-backs to his squad this summer.

Jules Kounde remains the top target, though Chelsea’s first offer this summer looks set to be turned down, while they’ve also been linked with Alessandro Bastoni, Milan Skriniar and Matthijs de Ligt.

Sevilla CEO Jose Maria Cruz recently opened the door for the 23-year-old to leave the club having admitted Kounde wants to “play in a more competitive team”.

But Tuchel is looking to improve most areas of the squad, including his forward options, with Raheem Sterling, Gabriel Jesus and Christopher Nkunku all linked with a move to Stamford Bridge.

A report on Monday claimed they’re on the verge of completing a deal for out-of-contract Barcelona star Ousmane Dembele.

‘Everything seems to indicate’ Dembele will be signing for Chelsea this summer.