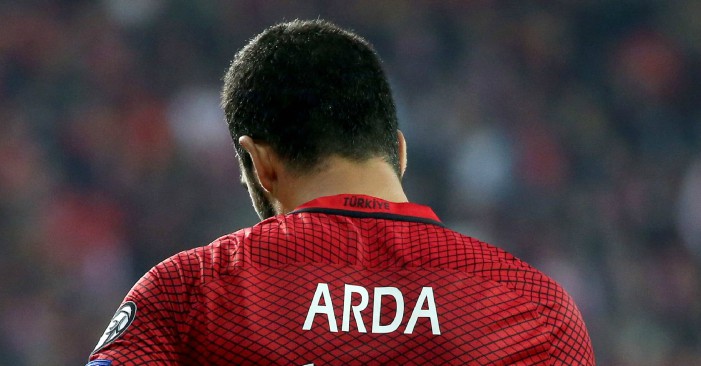 Barcelona star Arda Turan has fuelled speculation that he could be on his way to Arsenal after he was spotted in London on Saturday.

Instead of watching his Barca team-mates draw at home to Celta Vigo on Saturday, the 30-year-old took a stroll through the wealthy Knightsbridge area with his agent Ahmet Bulut, who posted a picture of the pair on Instagram.

The Turkey star has been told that he has no future at the Nou Camp under current boss Ernesto Valverde and can leave in the January transfer window.

Turan has been completely frozen out this season and is the only senior Barca player to have not seen a minute of action so far this campaign.

Barca are prepared to offer the midfielder as part of an audacious move for Gunners contract rebel Mesut Ozil next month, according to the report in the Sun on Sunday.

Bulut has already confirmed Turan’s days in Catalonia are numbered but insists that his client has options all over Europe, not just in London.

📸 | Arda Turan in London today to discuss his future with his agent Ahmet Bulut. [md] pic.twitter.com/ZzChlEnZ6F

He said: “It’s not clear right now where he is going but he will leave from Barcelona in January.

“We’re talking with three or four teams from Spain, Italy and England.

“There is no contact with Galatasaray, after 15 days we’ll make a final decision.

“There are two options, he will be sold or loaned.”