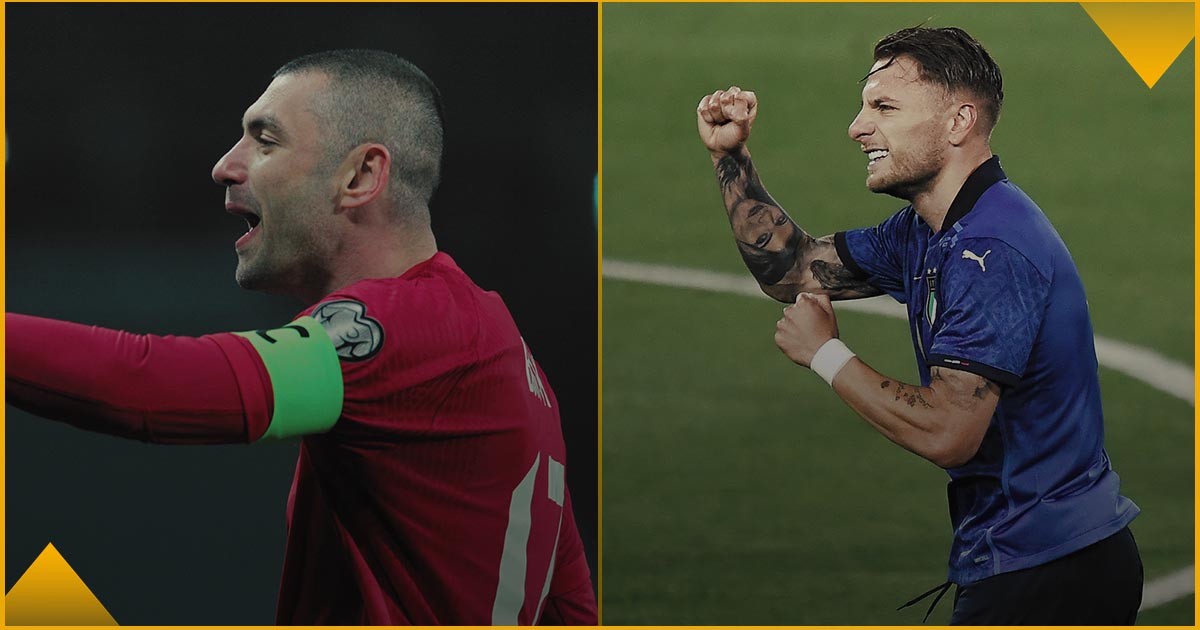 Euro 2020 is finally here and it starts with Turkey v Italy. We’ve waited a bloody long time for this. It’s bound to be a damp squib.

Euro 2020 set for traditional cagey curtain raiser
Conventional wisdom states that the opening round of group games at a major tournament will be cagey affairs. Teams will be feeling each other out. Both teams will always be particularly keen to avoid defeat. Nobody wants to be on the back foot after the opening game and everyone will probably settle for a draw. It’s so accepted wisdom now that it’s generally overplayed as a concept, and especially so in a group stage that eliminates only eight teams from six groups and thus makes an opening defeat far less damaging than in a standard two-qualify-and-two-go-home group system.

All that being said, Turkey v Italy really is very likely to be a cagey opener where both teams feel each other out and will be particularly keen to avoid defeat. A draw will most certainly be an acceptable result for both sides ahead of games against Switzerland and Wales. Italy are on a 27-game unbeaten run and have kept clean sheets in 20 of those games.

Turkey don’t quite have Italy’s defensive steel but they are tough to beat having lost just two of their last 20 games. Three of those 20 have ended goalless.

Italy might just be good enough to nick it, though
While we’ve used Italy and Turkey’s final overall recent form to justify a close game, the undeniable fact is that not all international matches are created equal. There are plenty of games that aren’t that useful in considering how a tournament match will pan out. Italy’s 6-0 win over Liechtenstein, for instance, or a 9-1 success against Armenia, will tell us little about a clash with Turkey in the full glare of the major tournament spotlight. The Nations League, though, means we do have a bigger bank of recent results against higher quality opposition than might otherwise have been the case.

Looking only at Italy’s results in their long unbeaten run against fellow Euro qualifiers or equivalent global opposition (we’ve included a 1-0 win against World Cup perennials USA, for instance) and the possible pattern for this game becomes even clearer. Starting with the most recent, Italy’s results against only this higher standard of opponent read: 4-0, 2-0, 1-1, 0-0, 1-0, 2-1, 2-0, 1-0, 0-0, 1-0, 1-1 and before that a 1-0 loss to Portugal – Italy’s last defeat.

It leaves a couple of ways to play it. Italy are evens to win to nil and six wins from their last 11 games against relevant standard of opposition suggests that’s fair, but a bigger and better saver for our headline No Goalscorer selection might be Italy 1-0 at 7/2. Who knows – we might get really lucky and see Italy win 1-0 from an own goal and land both bets. We’ll settle for either one, but it’s nice to dream.

✅ Over 90 minutes of in-depth Euros insight, analysis and tips.

👀 Watch it all here: https://t.co/KnpnmsdIUt

Think outside the box for literal long shot…
Let’s finish with something a bit more speculative. We can certainly expect Turkey to make life difficult for Italy but it’s far less certain that they’ll be able to create a whole bunch of clear goalscoring chances. They might be reduced to taking potshots from range, and the good news for Turkey there is that it might pay off.

Hakan Calhanoglu has scored in two of his last three competitive games for Turkey, World Cup qualifiers against Holland and Latvia, and both those goals came from distance. If Italy are understandably focused on and successful in cutting off the supply line from the Milan midfielder to star striker Burak Yilmaz, then this might prove Turkey’s likeliest route to goal.

Bet Builder
There have been over 9.5 corners in four of Turkey’s last six games (including 13 in a goalless draw with Guinea to show it can still happen without goals) and in eight of Italy’s last 12 (including 14 in a 0-0 against Poland and 11 in a 1-0 win over Holland).

So lots of corners, but no goals. The double is 14.14 with Betfair. 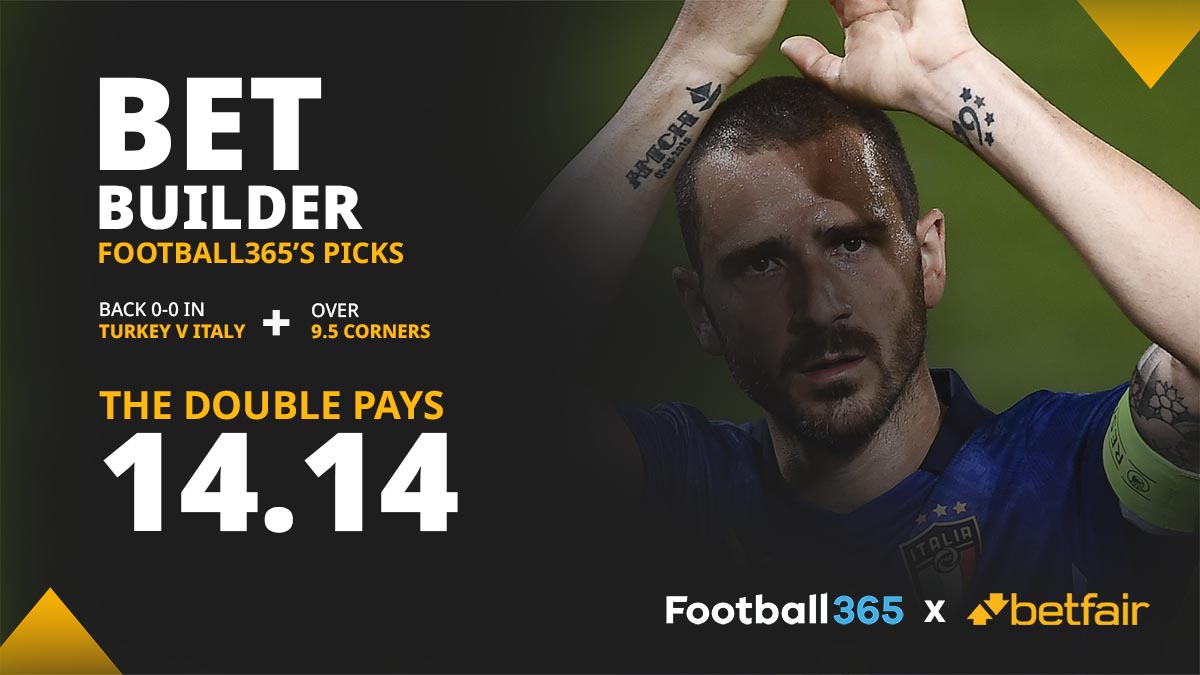