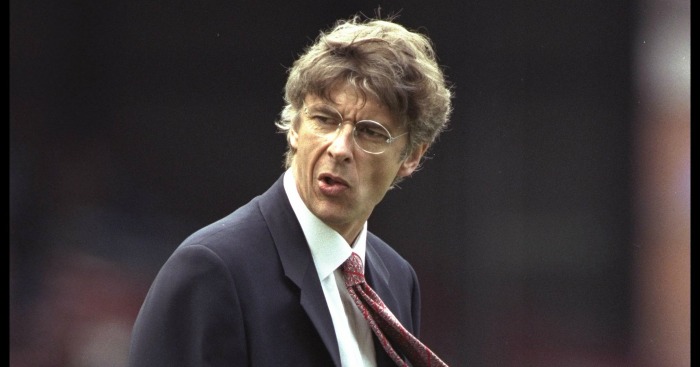 Remi Garde is seemingly on the brink of being sacked at Aston Villa after being appointed in November, but not all mid-season managers are failures…

Francesco Guidolin for Garry Monk (Swansea, 2015/16)
For every Remi Garde, there is a Francesco Guidolin. His counterpart may have struggled to oversee an upturn in fortunes in his first Premier League post at Aston Villa, but Guidolin has been a success at the Liberty Stadium. Swansea were 15th when they sacked Garry Monk in December, and while they have not moved in terms of league position, their form since Guidolin’s arrival has been excellent. They won three games, drew five and lost seven beforehand, but have won five, drawn two and lost three in the ten games since.

Health problems have limited the Italian’s time in the dug-out, but his effect is undeniable. Swansea were one point clear of the relegation zone when Monk was sacked; they are ten points above 18th place now. Only Leicester and Spurs have accrued more points since Guidolin’s appointment.

That was the peak of the Pardew rollercoaster. We are well in the midst of the dramatic fall.

Tony Pulis for Alan Irvine (West Brom, 2014/15) and Ian Holloway (Crystal Palace, 2013/14)
Not one to be outdone, Tony Pulis has rescued two Premier League sides in mid-season. First, he replaced Alan Irvine at West Brom last campaign, with the Baggies just one point and two places above the relegation zone at the time of his arrival. They lost just six of their following 19 games in true Pulis fashion to escape the drop to the Championship with ease.

A season earlier, the Pulis safety net was employed by Crystal Palace. The club were second bottom in their first season since promotion, winning just one of their opening eight games. Enter Pulis. Palace finished 11th under the Welshman’s tutelage, and Pulis became just the fourth boss to be voted Premier League Manager of the Year without winning the damn thing.

Sunderland
Struggle. Sack manager. Employ new manager. Enjoy late-season surge. Survive. It has been Sunderland’s tried and tested method for many a season. Did they act too soon this campaign?

Excluding current incumbent Sam Allardyce, Sunderland have appointed their last four managers mid-season, with the club struggling each time. Martin O’Neill was the first in December 2011, and he was replaced by Paolo di Canio in March 2013. The Italian lasted just six months before Gus Poyet came to the rescue, and the Uruguayan was usurped by Dick Advocaat. But each succeeded in preserving Sunderland’s Premier League status. Will Allardyce follow them, or will he emulate Howard Wilkinson, who took the Black Cats down after he was appointed in October 2002?

Mauricio Pochettino for Nigel Adkins (Southampton, 2012/13)
The year is 2013. The month is January. Some foreign bloke called Mauricio Roberto Pochettino Trossero has been imported from La Liga to replace good old Brit Nigel Adkins as Southampton manager. It was only January, and Saints were 15th in their first season since promotion from the Championship. A manager with no prior experience in the English top flight taking over from a boss bred on the British game? Southampton were doomed. Mauricio Roberto Pochettino Tossero, more like.

Pochettino guided Southampton to 14th in his first half-season, hardly a resounding supporting argument for his appointment. But in his first full season, the Argentinean helped the club finish eighth, then their joint-highest league placing since 1990. It would be his only full season at St Mary’s, with a move to Tottenham forthcoming. He’s not done too bad there, either.

Roberto Di Matteo for Andre Villas-Boas (Chelsea, 2011/12)
MK Dons, West Brom, Chelsea. It is a managerial path well-trodden, one which the finest bosses in the game have undertaken. Stamford Bridge legend Roberto Di Matteo was appointed assistant manager at the club under the guidance of Andre Villas-Boas, but the Portuguese struggled in his first Premier League gig. A 1-0 defeat to West Brom spelled the end of the mini Jose Mourinho’s reign in March 2012, and Di Matteo was asked to step up.

Chelsea were fifth in the Premier League, 3-1 down in the first leg of their last-16 Champions League tie against Napoli, and faced a replay against Birmingham in a FA Cup fifth-round replay. The Blues dropped a place to sixth in the league, but that’s a slightly misleading representation of Di Matteo’s stint. He led the club to their first-ever Champions League title, and even added an FA Cup. In true Chelsea fashion, he was sacked within six months.

Kenny Dalglish for Roy Hodgson (Liverpool, 2010/11)
It is  rarely forgotten, but Roy Hodgson’s reign at Liverpool was hilarious. The England manager bridged the gap between the eras of Rafael Benitez and Brendan Rodgers, replacing the Spaniard in summer 2010. He signed Joe Cole. He signed Christian Poulsen. He signed Brad Jones. He signed Paul Konchesky. He criticised Frank Riijkard. He insisted that Liverpool were in a relegation battle after they won just one of their opening eight games. He lost at home to Blackpool. It really was funny.

By January 2011, the relationship came to an end. Hodgson was sacked, and club legend Kenny Dalglish returned to the Liverpool hotseat two decades after he first left. The Reds were 12th at the time, but finished sixth and Dalglish earned himself the job permanently. It didn’t go so well after that.

Harry Redknapp for Juande Ramos (Tottenham, 2008/09)
Harry Redknapp has not yet taken full credit for Tottenham’s title challenge this season, but there is plenty of time. The not-quite England manager received an emergency call emanating from White Hart Lane in October 2008. Carling Cup holders Spurs had not quite backed up their promise of the previous season, failing to win any of their opening eight games of the following campaign. They sat rock bottom.

Redknapp’s appointment was announced on October 26, 2008, the same day they won their first game of the season, against Bolton. His first official game in charge came in the memorable 4-4 draw against Arsenal. By the end of the season, Redknapp had led Spurs from 20th to eighth. You might have heard him mention it.

Roy Hodgson for Lawrie Sanchez (Fulham, 2007/08)
His time at Liverpool is documented above, but Roy Hodgson’s spell at Fulham is remembered for the right reasons. At the halfway stage of the 2007/08 season, Fulham sat in 18th, two points from safety, with two wins from 19 games. Hodgson was appointed in December, and guided the club to safety in dramatic fashion. Fulham won their final three matches, with a 1-0 victory over Portsmouth securing their Premier League place on the final day. Fulham finished seventh and 12th in the following two campaigns under Hodgson, and came within an inch of winning the Europa League final against Atletico Madrid in the 68-year-old’s last game.

Sir Bobby Robson for Ruud Gullit (Newcastle, 1999/2000)
Things were not exactly rosy at St James’ Park at the beginning of the 1999/2000 season. Manager Ruud Gullit had fallen out with Alan Shearer, culminating in him leaving the star striker out of his side to face Sunderland in the early-season Tyne-Wear derby. They lost, the last of four defeats in their opening five games which forced the Dutchman’s resignation.

After nine years managing in Europe at PSV, Sporting Lisbon, Porto and Barcelona, Bobby Robson returned to England to rescue a sinking ship. Newcastle were second bottom when he arrived, and finished 11th by the end of the season. The Magpies finished 11th, fourth, third and fifth in Robson’s four full seasons at the club, and he is remembered as an icon to this day.

John Gregory for Brian Little (Aston Villa, 1997/98)
It has worked at Villa Park before. The Midlands club were 15th in the Premier League in February 1998, six points above the relegation zone and struggling. Gregory replaced Brian Little, and the Villans subsequently won nine of their final 11 games, even qualifying for the UEFA Cup as a result. Liverpool could not handle the Gregory machine. Chelsea fell to their might. Arsenal could only succumb to the irresistible force. From February to May, only Barnsley, Bolton and Atletico Madrid beat them. Obviously.