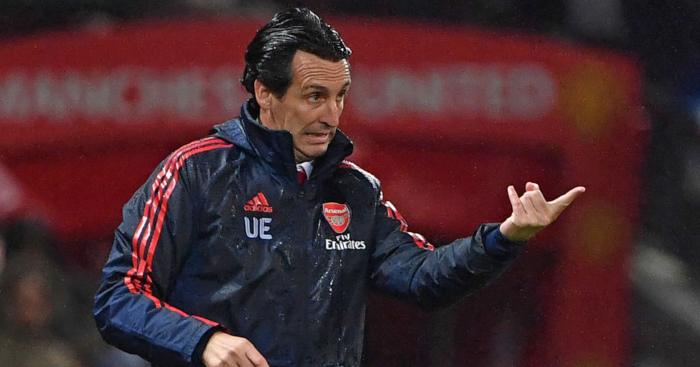 Arsenal legends Ian Wright and Robin van Persie think Unai Emery should have set up his side to put more “pressure” on Manchester United in their 1-1 draw on Monday.

Pierre-Emerick Aubameyang cancelled out Scott McTominay’s first-half goal when his cute second-half finish was given by VAR after initially being ruled out for offside.

Despite the Gunners comeback from a goal down, Wright thinks the Red Devils were there for the taking at Old Trafford.

“The disappointing thing from my side of it, when you look at chances created, Arsenal did do as much in the second half but I think his selection initially [was wrong],” Wright told Optus Sport.

“With [Granit] Xhaka being the captain it then takes it away from [Lucas] Torreira, because I think Torreira should start and he did.

“But I do believe [Dani] Ceballos should start. They could have the protection of Torreira and [Matteo] Guendouzi and a bit more creativity. Because when you see Aubameyang get one chance, he takes the chance.

“If you get a midfielder on it who is going to at least try to get the ball into areas where he can run on to it, if he gets another chance he may score another goal. I think the manager is just being a bit too cautious.

“It was a Manchester United team that were lacking in a bit of confidence.

“Yes, [Marcus] Rashford and [Paul] Pogba were back but I think that Arsenal should have been a little bit more offensive and really put them under pressure.

“You’ve got a centre-half playing at left-back [Axel Tuanzebe] and not enough pressure put on him. I think [Nicolas] Pepe has got to do a lot more at the moment, we want to see a lot more from him. But I have to go back to the coach, he wasn’t positive enough for me.”

And Van Persie was in agreement, he said: “I agree. The way they started in the second half they should have started the first half. More pressure, chasing the game. Even though you’re just starting the game, try to win it. Try to play positive, try to attack.

“They waited 45 minutes for that, it’s too late playing in a game like that.”