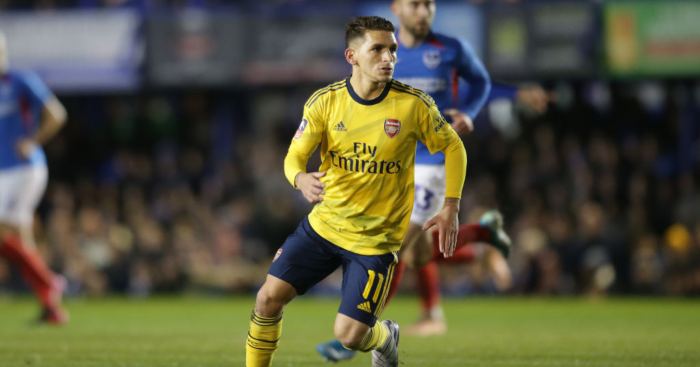 Arsenal midfielder Lucas Torreira’s exit is in doubt as negotiations with Torino and Atletico Madrid hit a stumbling block.

The Uraguay international first caught the eye playing for his country at the 2018 World Cup. He was one of the stars during that tournament, which earned him a move to Arsenal that summer.

The Gunners spent around £26m to bring Torreira to the Premier League from Serie A side Sampdoria.

He enjoyed a fairly successful debut season. The midfielder was a regular for Arsenal, making 50 appearances in all competitions during the 2018/19 campaign.

But Torreira fell down the pecking order during his second season. He only made 17 Premier League starts under Unai Emery and then Mikel Arteta.

Now it looks like the 24-year-old is nearing the exit door, with a number of clubs interested. Torino and Atletico Madrid are the leading contenders to sign him.

Marco Giampaolo is the Italian side’s boss, and he used to manage Torreira at Sampdoria. Tuttosport have reported that Torreira has been a key target for Torino since May.

The Serie A outfit face competition from Diego Simeone’s Atletico Madrid, however. The two clubs would prefer a loan deal for Torreira this window.

But the report adds that Arsenal want to include a mandatory purchase option for Torreira. This has created a ‘clear obstacle’ and a ‘real problem’ for the two European clubs.

It also states that Torreira would prefer a move to Atletico, making them slight favourites to sign the midfielder.

Arsenal are keen to sell a few players to fund other deals. Atletico Madrid’s Thomas Partey has long been rumoured to be one of their main targets. The Ghanian midfielder has a release clause of around £44.5m.

Another key target for the Gunners is Lyon midfielder, Houssem Aouar. Arteta’s side have already had bids rejected for the Frenchman this summer.