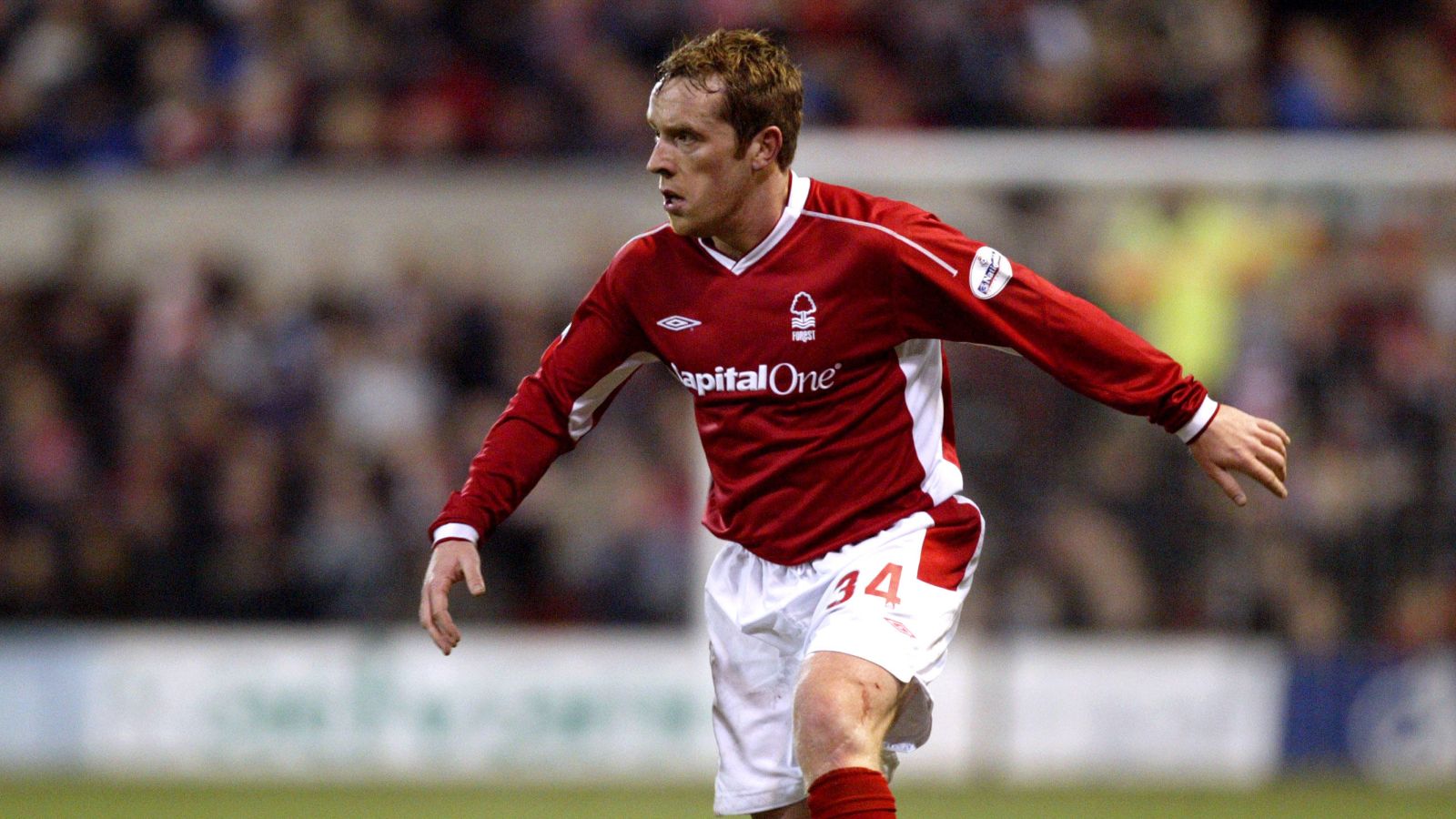 Two former professional footballers have been accused of blackmail by a manager who ‘gambled £879,000’ in just two years, The Athletic have revealed.

Strap yourselves in, this is not your typical F365 news story.

This involves a court case that was dropped on Friday after the manager in question made it clear that he did not wish to proceed.

Multi-club ownership: all the questions you wanted answering after Boehly’s Chelsea comments

Former Nottingham Forest and Leicester City defender Alan Rogers (pictured above) was charged with one count of blackmail. Another charge came as he was accused of perverting the course of justice.

The second player involved was Steven Jennings, the ex-Everton academy product who spent the majority of his career with Tranmere Rovers. He faced the same charges plus another for blackmail.

The two individuals denied these charges and these have now been dropped after the manager had attempted to halt the case throughout this year.

The Athletic were the only outlet that had access to the case and they have learned some extraordinary details.

The manager – who was a ‘self-confessed gambling addict’ – had ‘up to eight betting accounts’ and it is said that a ‘handful of his bets related to football’.

But perhaps the most ridiculous revelation is that the detective in charge of the case, and his son, were invited by the manager ‘to watch one of his team’s matches’.

The manager insisted at various points this year that he wanted the case to be quashed as he “wants to get on with his life” and move on.

He will not get his wish though, as Rogers has insisted that he is “going to sue” the manager as he “wants every single penny back” that he has lost in legal fees:

“I’ve no idea how I’ve been dragged into this, that’s the God’s honest truth,” Rogers claimed to The Athletic following the hearing.

“I’ve got to be careful what I say because I’m going to be throwing the book at him (the manager).

“I’ve never met this fella, never spoken to him, never been in his company, never been in contact, and somehow I’ve been dragged into his gambling addiction.

“I’m putting a £100,000 deposit on file with my barrister and I want every single penny back that I’ve lost.

“I’ll be suing him and I will throw every spare penny that I’ve got towards hitting him from every single angle.

“I will also be challenging his anonymity because I have been named in public when I have done absolutely nothing. It’s actually comical, but these last few years have been a nightmare.”

Understandably, so he cannot be identified, the report does not reveal whether the manager is still involved in football.

This case ‘involved years of detective work’ and it was expected to go to trial until the manager had a change of heart.

A series of delays are said to have delayed the case and the Crown Prosecution Service ‘had been criticised’ regarding its handling of a situation that had a ‘long difficult history’.

We will provide updates on the situation if new details emerge.