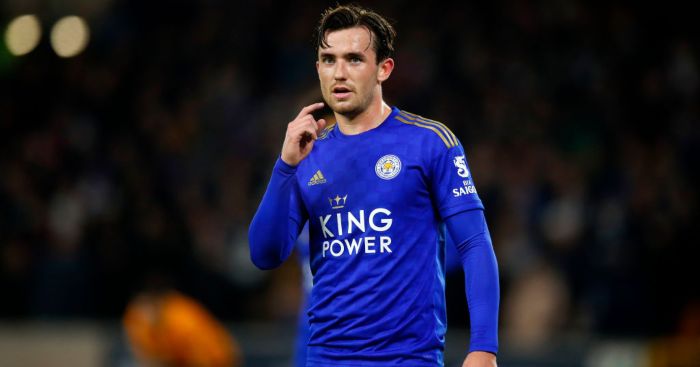 Ben Chilwell’s potential transfer from Leicester City to Chelsea could hinge on a visit to a consultant on Monday, according to reports.

Reports had suggested that the Blues are closing in on the £50m transfer of Chilwell from the Foxes with Frank Lampard looking to boost his defence this summer.

The Daily Express claimed on Saturday that Chilwell will be offered a five-year contract at Stamford Bridge worth £150,000-a-week, with a medical expected to be completed imminently.

However, The Sun on Monday gives a less encouraging update, with Chilwell looking at a ‘key moment today in his dream £50million move to Chelsea’.

Chilwell, who missed Leicester’s final five matches of the last campaign, is currently suffering from a heel injury which might see the left-back miss the start of the new Premier League season.

And the newspaper adds that Chilwell will see a consultant today for an update on the injury as ‘fitness issues threaten to overshadow the proposed deal’.

Speaking to The Sun, a source said: “If Ben gets news he is going to be out for another six weeks, not three, then Chelsea could well take a totally different view on this whole matter.”

Chelsea boss Lampard is ‘keen’ to tie up a deal for Chilwell but the report claims there is still ‘some way to go’ before they can wrap up the transfer.

Another issue holding the deal back is the Stamford Bridge club’s failure to move Emerson Palmieri onto a new club.

Marcos Alonso is the other left-back currently at Chelsea but it’s Emerson who is most likely to move on with the Spaniard happy in London.

Emerson – who needs to make way for Chilwell to come in – looked likely to move to Inter Milan but the sacking of Antonio Conte has thrown a massive spanner in the works.