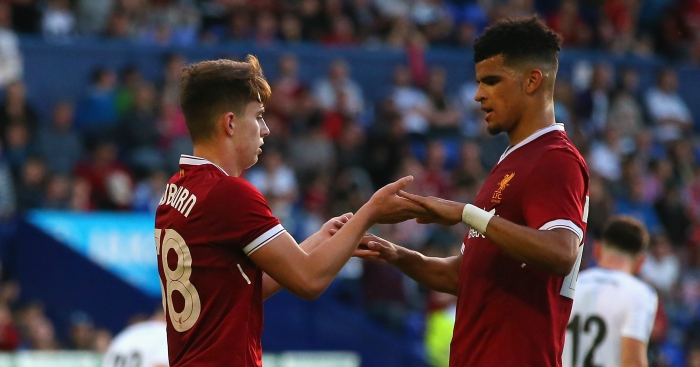 Pedro Chirivella and Ben Woodburn could both leave Liverpool this week.

Chirivella is the subject of a £3.5m bid from Norwegian team Rosenborg, and it is thought that bid has been accepted.

However, Liverpool will insist that the midfielder has a buy-back clause inserted into his Rosenborg contract. At 21, it is hard to see him ever making the grade at Anfield.

Meanwhile, the Daily Telegraph’s John Percy reports that Aston Villa are looking to sign Ben Woodburn on a season-long loan deal after having their transfer ban lifted.

Villa’s takeover has been completed, meaning the club can hold onto their prize assets and can recruit players ahead of their new season starting next Saturday.

One of those could be Woodburn, who Jurgen Klopp will allow to leave on loan. Danny Ings and Divock Origi are more likely to leave on permanent deals, with Daniel Sturridge and Rhian Brewster staying put.

Woodburn would be a coup for Villa, who are yet to sign a player this summer after their financial issues.