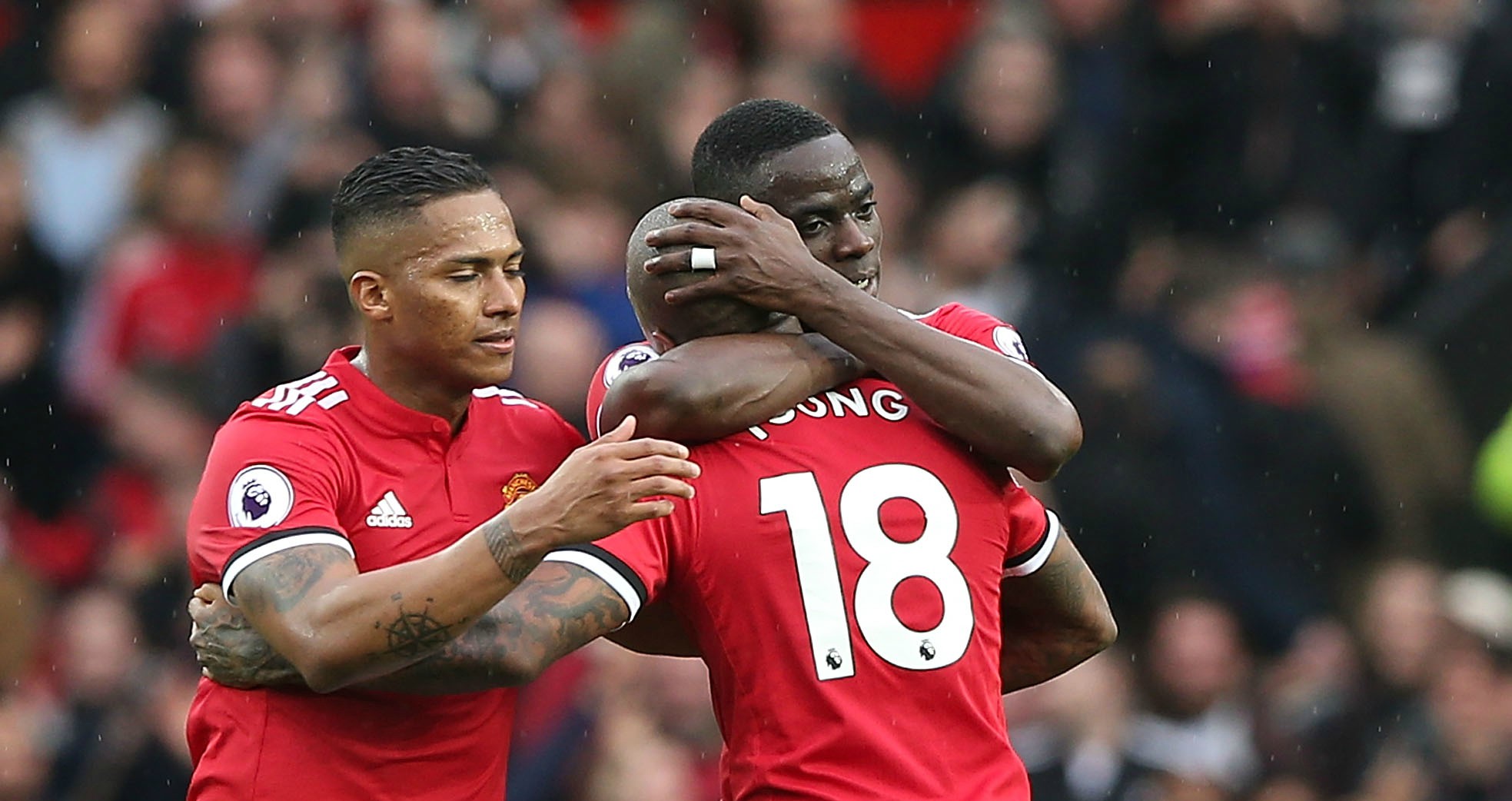 I love Marcus Rashford. I hope he scores every time he plays for Manchester United and for England. I hope he breaks all of Wayne Rooney’s scoring records, and Paul Pogba’s hair records too. But he’s not in the team. Shoot if you must this old grey head, but it was one of those incredible weeks in attack where even two goals didn’t ensure you a place. If it’s any consolation, we’ve still got two players from the red half of Manchester. It shakes out as a 4-1-4-1:

Keeper: Petr Cech (Arsenal)
The weakest position this round. Nobody was brilliant, and the better performances included mistakes. Lukasz Fabianski came in second, with one magnificent save and a number of characteristically strong claims off the line. But at one point he didn’t get near a cross, and was fortunate the opposition didn’t either. Cech left a rebound that might have meant a goal. Still, he was good both on and off the line otherwise, and the penalty save breaks the tie. Nick Pope is very good at saving with his feet, and did so twice, but he might have come off his line both times to snuff out the danger earlier.

Right-Back: Davide Zappacosta (Chelsea)
Correct me if I’m wrong, but when you play a 4-4-2 against a 3-4-2-1, you have two players on the wing while your opponent only has one. So it’s hard to explain how Crystal Palace, playing at Stamford Bridge, managed to leave Zappacosta enough space to run all the way to Selhurst Park. The Italian took advantage nicely, with plenty of dangerous crosses, an own goal caused by his shot, and a would-be second saved by Wayne Hennessey. I’m one of the few people who still think Victor Moses is fit for purpose at that spot, but Zappacosta certainly is doing his chances no harm. Played wing-back, not full-back, but since we have a back four, goes here.

Kyle Naughton put in his second straight strong performance, this time as part of Swansea’s Maginot Line against Huddersfield. Won plenty of balls and blocked a few crosses, and might have taken Zappacosta’s spot, except he understandably tired in the final half hour, even getting nutmegged by Rajiv van la Parra.

Centre-Half: Alfie Mawson (Swansea City)
The pick of the Tough Ten. After an early booking, barely put a foot wrong. Marked well, cleared everything, blocked crosses and shots, didn’t foul, held his position intelligently. On his off days he still makes errors of judgment, but I’m guessing he’ll figure in the England set-up by Euro 2018.

Centre-Half: Eric Bailly (Manchester United)
The One Big Mistake rule says that if you play brilliantly otherwise, a howler won’t take you completely out of consideration. And if it’s a ridiculous howler like Bailly’s, the entertainment value might even work as a tiebreaker. I admit he wasn’t absolutely perfect otherwise. But he covered so much ground in the first half – watching him run down Sadio Mané was a revelation – and made any number of crucial interventions down the stretch. I say he belongs. Jamaal Lascelles was the other candidate, but Southampton provided a much lower degree of difficulty, and he’s been on before.

Left-Back: Ashley Young (Manchester United)
Maybe could have been whistled for a penalty on Mo Salah, but that shouldn’t take anything away from a superb showing, one I suspect Luke Shaw wouldn’t have been capable of. Marked Salah brilliantly, shut down everything else on that side, and made some excellent clearances when crosses came from the left. Very good set-piece deliveries, too. Nice balanced statline: five tackles, four interceptions, five clearances.

Elsewhere, a nod to Paul Dummett, the full-backing equivalent of Glenn Murray. Not much subtlety but plenty of effort, and he knows how to play the position. He’s stabilised that spot since coming back from injury a couple of months ago, and against Southampton stayed solid the whole way.

Deep Midfielder: Mo Diamé (Newcastle United).
Here he is again, with a powerhouse performance against Southampton very similar to that against Manchester United. The main difference was that he pressed high a bit more, and effectively too. So often considered a disappointment early in his career, he’s found a position and system, and Rafa has trusted him with the starting spot since Christmas. By the way, this is his seventh season in the league, and his previous teams have finished 16th, 16th, 15th, 10th, 13th, 18th. He won’t break the top half this year either, but 17th or higher is enough, and he’ll have played a big part.

Jonjo Shelvey continued his excellent form as well, but wasn’t quite as dominant as against Manchester United and Bournemouth. Didn’t need to be, though. Dan Gosling, a success story for the Cherries this season, had an outstanding first half against Spurs, pressing high and disrupting lines of communication. But the opposition proved too much, for him and for the rest, in the final 45.

Right Winger: Riyad Mahrez (Leicester City)
A performance of consummate skill and elegance. Came off the wing time and again to deliver beautiful passes of all kinds, and when he had to stay on the right, he played the cross-field ball instead. If you saw the highlights, you saw the breathtaking long ball for Jamie Vardy, and the timely run and finish for the second goal. If you have a Leicester City fan for a friend, call them up and get them to invite you over and watch the rest of the game on whatever platform they’ve managed to save it. It’ll be worth your time.

Attacking Midfielder: David Silva (Manchester City)
One of his under-celebrated skills is his ability to get into great shooting positions. Unfortunately his conversion rates have fluctuated wildly over the years, but this season he’s been well on target. At Stoke City he also performed some standard midfield magic, although more quietly than usual, sometimes just nudging the ball ahead so a teammate could take it on the run. Notched a season and almost certainly career high (I don’t have all the stats) with a 95.7% pass percentage. De Bruyne, Sané, Aguero, Sterling are all wonderful in their ways, but for me Silva will always be First Citizen, the Emperor of the Etihad.

Attacking Midfielder: Willian (Chelsea)
At 29, having the best season of his career. All credit to him for sticking to it and taking the starting spot from Pedro. Against Crystal Palace he did whatever he wanted, and he wanted plenty. One way he’s improved notably is in the counter-attack at pace. In his first years at Chelsea, you couldn’t always trust him to make the right decision. Now he does it every time.

Left Winger: Kenedy (Newcastle United)
At this point in his career he seems very raw, with plenty of skill and endeavour but limited tactical sophistication. I was surprised when Rafa went for that kind of player, which shows how much I know. You couldn’t have asked for a better counter-attacking run on that second goal: it’s a classic of creating space and then arriving at the perfect spot for the pass. The first goal was just plain talent, even if the finish could have been a bit more precise.

Special footage from outside St. James's Park after Kenedy scored his first goal for Newcastle against Southampton on Saturday #NUFC #SaintsFC pic.twitter.com/eGxYk2Um9C

Why is Kenedy here instead of Marcus Rashford, also a bracemaster? Because he was a bit more involved in overall attacking play, to be expected under the circumstances, and unlike Rashford, didn’t almost get himself sent off. At the moment Rashford is significantly the more mature player – but if Kenedy gets more time with Benitez, he might make up some ground.

Striker: Son Heung-Min (Tottenham Hotspur)
After coming out last week as a fanboy, I didn’t want to put him on this time, since it would look biased. But it wasn’t a super week for strikers, and that’s the position where he did his damage on Sunday. Oh, and he’s freaking brilliant. Shots from all angles, and that misdirection for his second goal was priceless.  If Erik Lamela didn’t appreciate it, I’ll never speak to him again.

Son’s only competition was Jamie Vardy, who scored a wonder volley, was denied a second goal by Ben Foster, and troubled the West Brom back line all afternoon. If he’d managed an extra couple of chances he might have grabbed the spot, but Son did more.