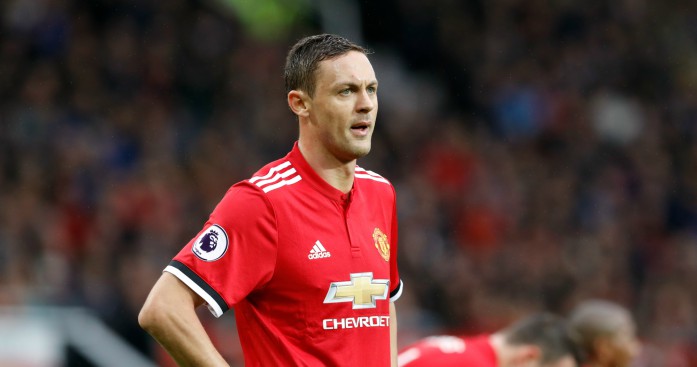 A week relatively low on top performances, and as a result I had to do a little bit of juggling. In fact, in one spot I frankly wimped out, so I could reward two of the few true stand-outs. It’s a 4-1-4-1:

Goalkeeper: Joe Hart (West Ham) Analyst Paul Riley computes Premier League shot-stopping ratings based on expected goals, so they take chance quality into account. Last week he published the season’s first instalment, and Joe Hart was dead last. So of course Hart was stupendous against Crystal Palace, including a double save that had to be seen to be believed. Yes, the second one was a bit lucky, but he had to get into position and needed a strong arm to deflect the shot. That was just the beginning of an epic afternoon – but could he have done better on Wilfried Zaha’s tying goal? I say yes. For one thing, Hart has a known weakness going to his lower left; for another, as Zaha moved inside, Hart’s position barely changed. A half-step to the left might have made the difference. But he was the only reason West Ham were even in the game.

Why aren't the press saying anything about Joe Hart today? Where's your headlines? One of the best individual performances you will ever see

Right-back: Mame Biram Diouf (Stoke City) Not the most elegant of players, but no one works harder, and when you have only 29.8% possession you’re going to need a physical edge somewhere. Listed at wing-back but his heat map says otherwise. Committed several fouls and was hardly immaculate, but played a big role in shutting down Richarlison, was dominant in the air, and in general made life difficult for anyone he came in contact with. Close behind was Davide Zappacosta, who had a steady two-way game for Chelsea at wing-back. Don’t be surprised to see him mentioned here again soon.

Centre-half: Ryan Shawcross (Stoke City) A second Stoke defender, but this one’s the star of the show.  The captain gave his all-around best performance in eons. He marked Troy Deeney (aka ‘The Watford Strangler’) almost completely out of the game, and when André Gray came on in the second half was cool and comfortable against a very different kind of player. He did allow two flick-ons, but they were in difficult situations, and otherwise no one got anywhere. Add in a variety of blocked shots and several key clearances, and you’ve got a classic.

Centre-half: Harry Maguire (Leicester City) Everton may not have been the toughest test, but an assured all-round performance with only a couple of minor wobbles. I don’t know if he’ll ever make the England team, but he’s starting to develop into the back-line anchor Leicester need. Kurt Zouma was equally worthy, but he’d already been on the list once. (Three Stoke defenders?!) Ahmed Hegazi was superb for the first hour or so, but lost Raheem Sterling for Man City’s third goal, and wasn’t the same after that. Ben Mee and Cesar Azpilicueta also came into consideration.

Left-back: Ashley Young (Manchester United) No doubt inspired by appearing on this list last week, he was remarkable in both defence and attack, shutting down Serge Aurier and passing precisely time and again to United’s attackers. I know he played wing-back, but a significant part of his good work was from his own half of the pitch, so it’s not that much of a stretch. This was one half of my wimpout, though; the other comes later on.

Deep Midfielder: Nemanja Matic (Manchester United. With Santi Cazorla somewhere in Tibet, Matic just might be my favourite player in the league. He may never regain the heights of that Chelsea year, but it’s still a pleasure to watch him glide around the pitch. This was an odd performance, though. For about 70 of the 90 minutes he was excellent, looking like the big-money player Antonio Conte hated to lose. But there were pockets in both halves where he was made to look ordinary by a variety of Spurs players – even Moussa Sissoko. In a week where the pickings were slim in this spot, he gets the nod.

People want to keep telling me that Matić is declining, but haven’t seen anything to back that up. Once again, was superb for Man United.

Right Midfielder: Demarai Gray (Leicester City) Not quite the magnificent show that some reported: instead a good performance with one moment of ridiculous brilliance. Was effective playing both on the wing and coming into the middle, which may set the pattern for future weeks. Offered a bit of defence as well, both sitting back and pressing. Looks like he’ll get a run of games now.

Attacking Midfielder: Pascal Gross (Brighton). Second time on the list for last year’s top Bundesliga chance creator. He fits this Brighton side to a tee: calm, smart, technical. After a slow start he ran the show against Southampton, and delivered another of his seemingly endless supply of crosses for Glenn Murray’s goal. Here are the current league assist leaders: Silva 6, De Bruyne 6, Mkhitaryan 5, Sané 5, Gross 5.

Left Midfielder: Sead Kolasinac (Arsenal) Here’s the other half of the wimp-out. He and Ashley Young played the same position, but both performances were so good that to leave one out for a much lesser effort elsewhere seemed pointless. Kolasinac was never tested defensively, but had a storming attacking performance, getting forward repeatedly into dangerous positions with fine passing and movement, topping it off with a goal and assist, both first-rate. Both he and Young belong on the list, and since Kolasinac figured almost exclusively in attack, he’s placed up the pitch and Young is at left-back. No regrets.

Striker: Wilfried Zaha (Crystal Palace) Nosed out Alvaro Morata with the late late strike. The Chelsea man had the better all-around game, with lots of link-up play and the assist for Hazard’s goal. But he also missed an easy chance, and never got the ball in the net. Zaha had a frustrating first half, but was an absolute demon in the second half assault, and finally hit paydirt.