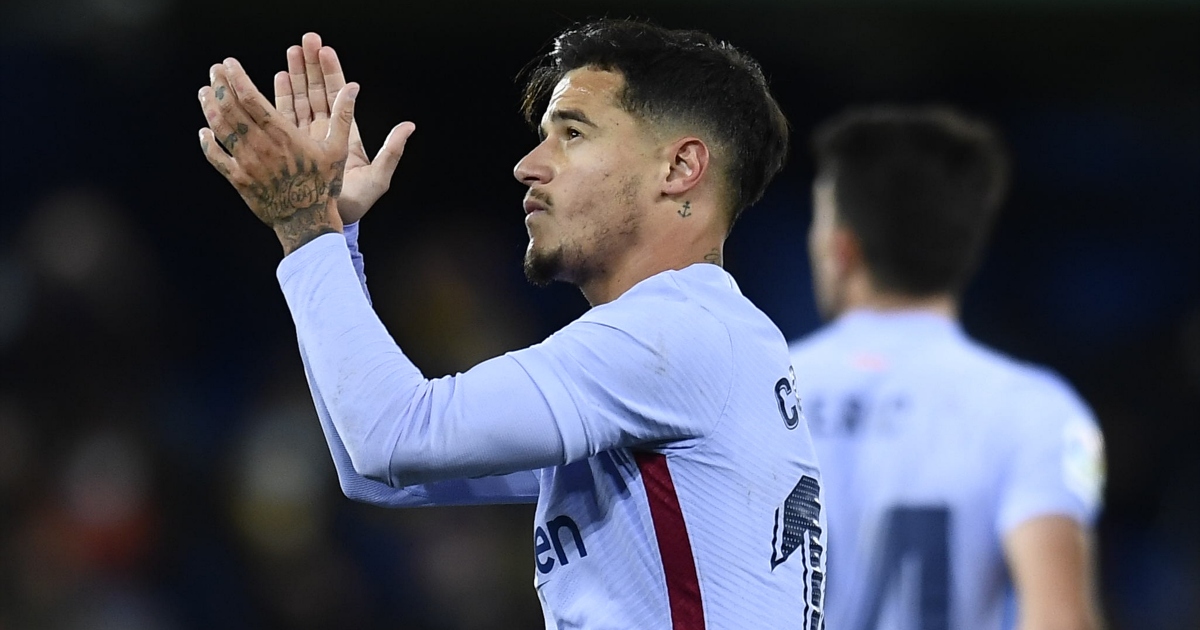 Two Premier League clubs are competing to sign Barcelona playmaker Philippe Coutinho, “with a decision expected to be made on Friday”, according to reports.

Coutinho left Liverpool in 2018 after Barcelona agreed a £105m deal rising to £140m with potential add-ons to take the Brazilian to the Camp Nou.

The 29-year-old has been heavily linked with a return to England and the player is reportedly keen on joining an ambitious Premier League side.

He has been heavily linked with Arsenal, Newcastle, and most recently, Aston Villa.

Villans boss and former team-mate of Coutinho, Steven Gerrard, was asked about the speculation on Thursday. He said: “63 caps for Brazil, a serial winner, incredible at Liverpool, I can understand why he’s linked to a lot of clubs.

According to Sky Sports, Coutinho is being targeted by two Premier League clubs with a decision on his future “expected to be made on Friday afternoon”.

🗣️'We are down from six clubs to two!'

The race to sign Philippe Coutinho on loan from Barcelona is heating up! pic.twitter.com/9bXCK5EBO6

The report adds that at one point six English clubs were eyeing up a move for the Brazilian, with only two “serious contenders” left fighting it out for the player’s signature.

It is unclear if Coutinho will join on a temporary or permanent basis. Either way, Barca are very eager to get him off their wage bill.

Elsewhere, Tottenham’s “priority” for this month has been revealed as they are “considering a fresh move” for Wolves star Adama Traore, according to reports.

Spurs were interested in the Wolves winger earlier in the season but a move did not come to fruition.

Traore has made 20 appearances this season but he has only started ten times in the league.

The Athletic have revealed that Spurs’ “priority” this month is to add “some attacking quality at right wing-back”.

To do this, Tottenham are “considering a fresh move” for Traore. He is out of contract in 2023 and he is reportedly valued at £20m.