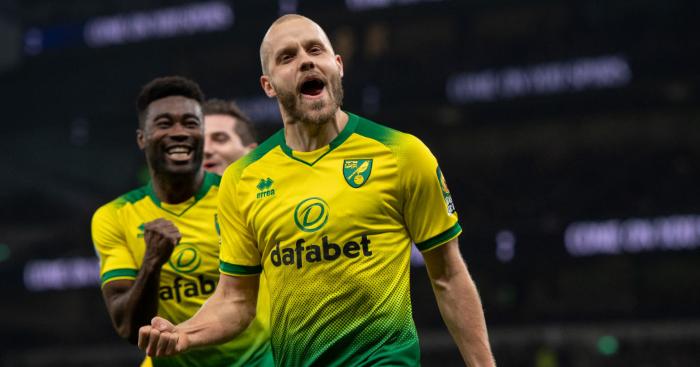 Manchester United have made enquiries for Norwich City’s Teemu Pukki and Napoli’s Dries Mertens, according to reports.

The amount of rumours linking United with strikers is getting out of hand with Odion Ighalo, Salomon Rondon, Edinson Cavani, Vedat Muriqi, Danny Ings, Adolfo Gaich and Josh King all being mooted as possible targets for the Red Devils.

Ole Gunnar Solskjaer made it clear earlier in the week that Man Utd wanted to bring in a goalscorer but admitted today that the club were unlikely to bring in anyone before the deadline.

And now we have another two names to add to the long list of rumoured targets with the Independent claiming that Man Utd ‘made enquiries’ for Mertens, while they ‘considered a bid’ for Pukki.

However, the report adds that ‘Mertens is not moving, and the Old Trafford hierarchy have been warned by Norwich that Pukki was not available under any circumstances’.

Pukki has bagged 11 goals in 23 matches for Norwich after they were promoted from the Championship last season, while Mertens – who has scored nine goals in 15 starts for Napoli this season – has also been linked with Chelsea and Arsenal.

A recent injury injury to Marcus Rashford has seen United’s urgency for an ’emergency’ striker deal ramp up.