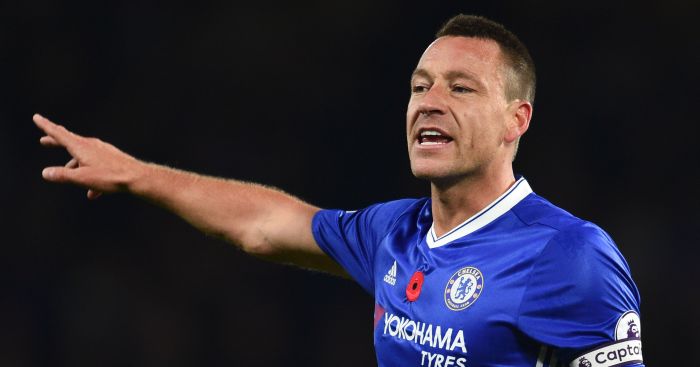 Manchester United should sign John Terry this summer, according to two silly people paid to express their opinion.

Terry will end his 19-year association with Chelsea at the end of the season, with the current Blues captain’s contract expiring.

Chelsea have already announced that the centre-half will not be offered a new deal, but Danny Mills and Charlie Adam have come up with an idea.

According to the punditry pair, Jose Mourinho should look to reunite with Terry at Old Trafford.

“Even to have him on the training pitch, around the place, that experience,” Mills told BBC Radio 5 live.

“I think JT’s doing his coaching badges as well at the moment. I’m sure he’d want to learn again from that side of it.”

Stoke midfielder Adam added: “I couldn’t see Terry in a United shirt but if I was a Mourinho I would go and take him.