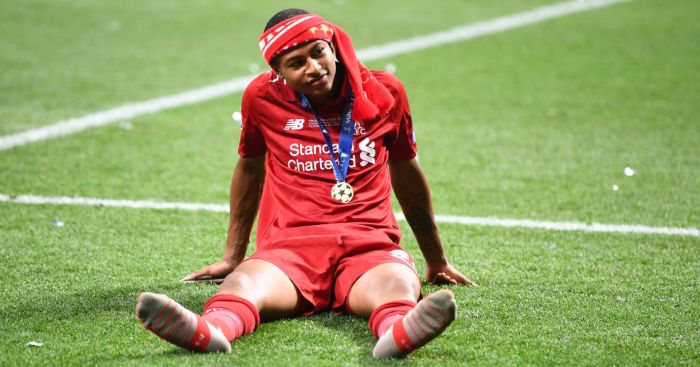 Liverpool ‘have ruled out’ the prospect of signing Max Kruse from Werder Bremen as it would block Rhian Brewster‘s first-team pathway.

Kruse emerged as a potential target for both Liverpool and Tottenham last month, with the player’s Werder contract expiring this summer.

The forward is set to leave after three years at the Weserstadion, with his 12 goals and 14 assists in 36 games this season attracting suitors across Europe.

But the Liverpool Echo say the European champions ‘have ruled out’ any move, and Kruse ‘is not someone manager Jurgen Klopp is looking to add to his fold’.

The future of 19-year-old Rhian Brewster – who is yet to make his first-team debut – has tempted Liverpool to concentrate on other areas of their squad, with the club also ‘impressed by the recent form’ of Divock Origi.

Liverpool ‘would clearly rather put their faith’ in Brewster than a player 12 years his elder, having turned down the much younger Timo Werner for similar reasons 12 months ago.

The club are also in talks with Origi over a new contract – much to the chagrin of a former player.

The Echo say that the dismissal of the Kruse speculation ‘doesn’t mean [Liverpool] aren’t actively looking at potential forwards for this summer and beyond, it simply means they will only sign a player if they are a good fit and the deal is right.’