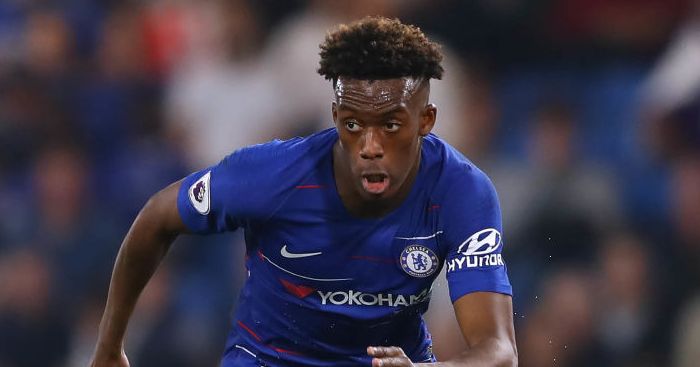 Chelsea have ‘made a major breakthrough’ in contract negotiations with winger Callum Hudson-Odoi.

Chelsea have been desperate to keep Hudson-Odoi despite the fact the 18-year-old has now entered the final 12 months of his Stamford Bridge contract.

The Blues rejected four separate offers from Bayern Munich for the teenager, who was just advised to sod off to League One on loan instead.

It really would be lovely to see him spread his wings in the Bundesliga, but the London Evening Standard say Hudson-Odoi ‘is set to commit his long-term future to’ Chelsea in a surprise U-turn.

Chelsea’s willingness to offer a contract worth £100,000 a week, as well as Eden Hazard’s ‘infamous(?) No 10 jersey’, has persuaded Hudson-Odoi to change his mind.

No deal has been signed yet but ‘both parties are happy’ with the situation and ‘it is just a matter of when the announcement is made’.

Chelsea might delay official confirmation until after Hazard completes his protracted move to Real, so as to ‘give the fans some positive news’.