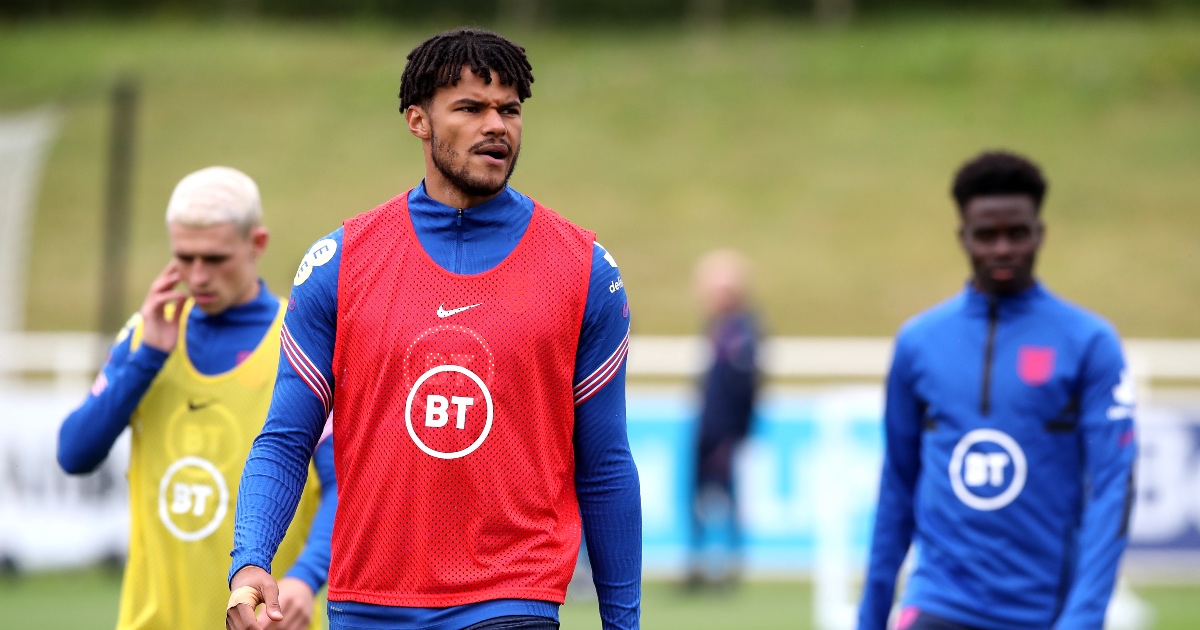 Tyrone Mings has hit out at Home Secretary Priti Patel for ‘stoking the fire’ with her comments about players taking the knee.

In June, Patel said supporters had the right to boo the knee and went on to call it ‘gesture politics’.

Jadon Sancho, Marcus Rashford and Bukayo Saka were all on the receiving end after missing penalties in the shoot-out.

Reacting to the news, Patel said on Twitter: “I am disgusted that England players who have given so much for our country this summer have been subject to vile racist abuse on social media.

“It has no place in our country and I back the police to hold those responsible accountable.”

But Mings slammed the politician for her comments on Monday, saying: “You don’t get to stoke the fire at the beginning of the tournament by labelling our anti-racism message as ‘Gesture Politics’ and then pretend to be disgusted when the very thing we’re campaigning against, happens.”

You don’t get to stoke the fire at the beginning of the tournament by labelling our anti-racism message as ‘Gesture Politics’ & then pretend to be disgusted when the very thing we’re campaigning against, happens. https://t.co/fdTKHsxTB2

Speaking about England’s achievements, Mings added: “I’m still struggling to find the words to express my emotions from the last month.

“I’m so proud of everyone who has contributed to the joy and togetherness this team has brought to millions.

“We have celebrated, smiled, cried and cheered together and for that, I’m so so proud.”

Responding to the vile abuse, he continued: “But waking up today and seeing my brothers being racially abused for being brave enough to put themselves in a position to help this country, is something that sickens, but doesn’t surprise me.

“We have literally made history. We’ve gone where no one else has gone. Take that in.”

It’s a sad end to what has been an incredible tournament for everyone involved with England.

Sancho, Rashford and Saka all played their part as the Three Lions captivated a country and distracted them from the troubles elsewhere.

England ultimately fell at the final hurdle on the pitch, but the players are continuing to prove themselves as excellent role models off it.