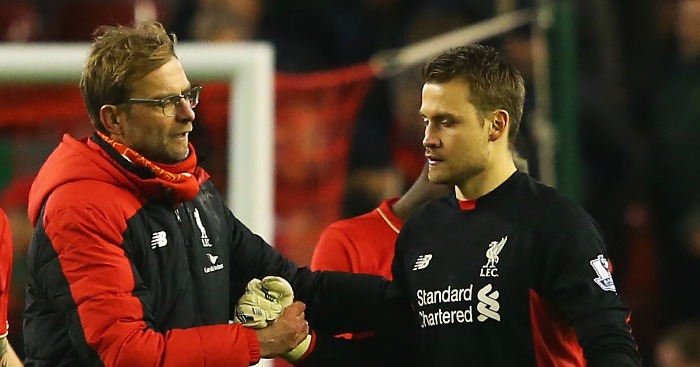 On Saturday we brought you the Premier League’s forgotten. Now it’s the turn of the worried first teamers. Who is set to lose their status?

Arsenal: Jack Wilshere
Why worried?: A run of injuries to make you wince followed by a European Championship during which he was playing at 60%. And not very well.
Last season’s work: 141 league minutes. Even if Wilshere gets back fit, have Arsenal moved on?

Bournemouth: Dan Gosling
Why worried?: A mainstay in Bournemouth’s first season in the Premier League, but worthy of an upgrade. Lewis Cook may be that upgrade.
Last season’s work: Started 28 league games, his 2,445 minutes was bettered by only six teammates.

Liverpool: Simon Mignolet
Why worried?: Repeatedly publicly backed by Jurgen Klopp, but Lorius Karius isn’t here to make up the numbers.
Last season’s work: Played more minutes than any other Liverpool player. Got more stick, too.

Possibly the most self confident player I've come across. Clearly believes in himself but has to prove himself now. https://t.co/xuEtyHLJDU

Manchester City: Nicolas Otamendi
Why worried?: Pep Guardiola will surely land John Stones or Leonardo Bonucci. If Vincent Kompany is fit, he starts too.
Last season’s work: City’s most reliable central defender, form and fitness considered as one. Pray for his captain’s bad luck to continue?

Manchester United: Juan Mata
Why worried?: Jose Mourinho vs Juan Mata is a battle not just of initials, but between good and evil. But one where evil is also the decision maker.
Last season’s work: Only one Manchester United player appeared in every league game; the Juan and only.

Southampton: Jordy Clasie
Why worried?: Steven Davis will surely play alongside Pierre-Emile Hojbjerg. With Nathan Redmond one on wing and Dusan Tadic on the other, does Clasie struggle without being the teacher’s (Ronald Koeman’s) pet?
Last season’s work: Made 20 starts after injury. Impressed without quite fully justifying his reputation.

Stoke City: Jon Walters
Why worried?: Nobody expected his Premier League honeymoon to last this long, but is this the season that Walters (33 in September) is firmly phased out of Stoke’s first team?
Last season’s work: Stoke’s third highest goalscorer. Played 27 league games. Ran a lot.

Sunderland: The fans
Why worried?: No new signings, not many rumoured to be coming in and a manager potentially leaving for the England gig.
Last season’s work: All celebrated their latest late-season survival from relegation. Some chanted in support of Adam Johnson.

Swansea City: Wayne Routledge
Why worried?: Nathan Dyer wants to stay at the club. Having been part of Leicester’s title win last season, does he jump up the right-wing queue?
Last season’s work: 28 league games. Two goals. One assist. Meh.

Watford: Miguel Britos
Why worried?: Christian Kabasele has arrived for £6m from Genk, and will eye the position alongside Craig Cathcart in central defence.
Last season’s work: Started 24 games as a central defender, interchanging with Sebastian Prodl as Cathcart’s partner in defensive crime.

West Ham: Andy Carroll
Why worried?: “Everyone knows we want a top-class striker,” said Slaven Bilic. Lots of sexy options behind the forward, but room for a big man (however surprising his footwork)?
Last season’s work: In our heads Carroll was injured for long periods of last season. He played in 27 league games.